Will Smith Still Winning with Film Career Despite Family Drama 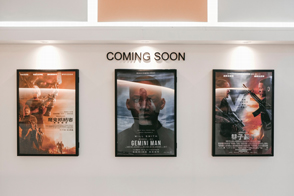 Will Smith will appear in the highly anticipated film “Emancipation” in 2021.

Veteran actor and rapper Will Smith has secured a deal with Apple TV+, worth over $100 million, for the upcoming film, “Emancipation.”

The film “Emancipation,” directed by Antoine Fuqua (“The Equalizer 2”), scored a $120 million deal, after an intense bidding war at the Virtual Cannes festival last week.

“Emancipation” is based on the true story of a slave named Peter (based on a slave named Gordon or “Whipped Peter”) who escapes from his captors in Louisiana and makes it North to join the Union Army during the Civil War.

The real Gordon became well known in 1863 when a photograph of his scarred back made headlines across the country.

He received those brutal bruises after beatings at the hands of the overseer at John and Bridget Lyons’ plantation.

According to the Los Angeles Times, “In 1863, photos taken of Gordon during an Army medical examination appeared in The Independent and in the July 4 issue of Harper’s Weekly. Known as ‘The Scourged Back,’ one image shows Gordon’s bare back, mutilated by a whipping delivered on the plantation of enslavers John and Bridget Lyons.”

Fuqua said, “It was the first viral image of the brutality of slavery that the world saw. Which is interesting, when you put it into perspective with today and the social media and what the world is seeing, again. You can’t fix the past, but you can remind people of the past and I think we have to, in an accurate and real way.”

The movie “Emancipation” comes at another important juncture of American history with the recent death of George Floyd going viral in a similar way to Peter going “viral” in the 19th century.

When people see the atrocities of slavery, segregation and/or 21st century police brutality, it often does more to move the nation than simply hearing of those atrocities.

“We’re watching some of the feeling I had, in the streets right now. There’s sadness, there’s anger, there’s love, faith and hope as well because of what I see young people doing today.”

Feeling the pain of others sometimes lead to changed behavior.

Fuqua added, “We all have to look for a brighter future for us all, for everyone. That’s one of the most important reasons to do things right now, is show our history. We have to face our truth before we can move forward.

“They’re doing all the heavy lifting now. Black, White, Brown, Yellow, you name it. They’re out in the street, they’re young, and they’re standing up for their future.”

The famed director said that “Emancipation” is “based on historical fact.”

The filmmaker said, “When I read the script, I thought, what an amazing journey, a heartbreaking and heart-racing film to have an opportunity to make.”

Fuqua added, “It’s rare to have a film that, on the entertainment side, has action that I’ve never seen before, real action, a guy running through the swamps for his life, wrestling with alligators and snakes, being chased by hounds, then joining the Civil War, fighting against the Confederate army.”

Fuqua said that the heart-wrenching photograph of Peter’s back “hit my heart and my soul in so many ways that are impossible to convey.”

Production for “Emancipation” will begin next year before heading to the big screen and Apple TV+.

Variety reported, “Production is expected to launch in early 2021. Smith will produce ‘Emancipation’ through Westbrook Studios and James Lassiter and Jon Mone will serve in a producing capacity through Westbrook.

“McFarland Entertainment’s Joey McFarland and Escape Artists’ Todd Black are also producing. Fuqua will executive produce under his Fuqua Films banner, alongside Cliff Roberts. McFarland began researching and developing the story and characters in 2018 and brought in Collage to pen the script and participate in additional research.”

The good news comes at a time in which Smith and his family have become engulfed in a little controversy.

Rhythm and blues singer August Alsina recently created a firestorm when he suggested that he had an affair with actress Jada Pinkett-Smith, Will Smith’s wife.

Alsina even said that Will gave Jada his blessing for the years-long affair.

The Smiths have been rumored to have an open marriage.

However, both Smiths deny Alsina’s claim about the alleged sexual affair.

Alsina responded, “Here’s what I’ll say. People can have whatever ideas that they like, but what I’m not O.K. with is my character being in question, when certain things are questionable that I know is not me or that I know I haven’t done.

“Contrary to what some people believe, I’m not a troublemaker. I don’t like drama. Drama actually makes me nauseous…I also don’t think that it’s ever important for people to know what I do, who I sleep with, who I date.”

The singer continued, “In this instance, it’s very different because as I said, there’s so many people that are side-eyeing me, looking at me questionable about it. I’ve lost money, friendships, relationships behind it and I think it’s because people don’t necessarily know the truth, but I’ve never done anything wrong. I love these people.

“I don’t have a bad thing to say about them. They are beautiful people.”