Where One Resides Could Impact One’s Quest For Love 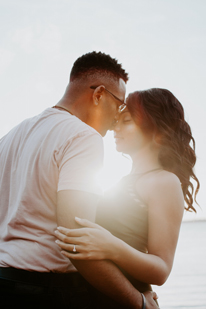 Dating success has a lot to do with where one resides. Some states are better for singles than others.

Where’s the Best States for Singles to Mingle?

Sure, if a person has that special someone already, they can just spend a romantic night at home.

But if a person is single, they probably will not get many chances to mingle in 2021.

Nevertheless, some states are better than others for singles during this crazy episode all have had to endure for almost 12 months with COVID-19 shutting down many local hotspots.

The best states for singles include (in order from one to 10): Florida, Texas, Pennsylvania, Wisconsin, New York, Illinois, California, Ohio, Michigan and Missouri.

According to WalletHub, the worst states for singles (from 41 to 50) include: Mississippi, Alaska, Wyoming, Kentucky, Delaware, Arkansas, Hawaii, North Dakota, West Virginia and New Mexico.

Despite the limitations placed on dating recently, Texas still has better opportunities based on the study done by WalletHub.

The Fort Worth Star Telegram reported, “To determine its rankings, WalletHub assessed states on 27 factors across three categories: dating opportunities, dating economics, and romance and fun.

“Texas saw a high rank—fourth—in the romance and fun category, which looked at access to bars, online dating safety and number of attractions, among other factors.

“Texas also took the top spot—tying with several other states—for the most movie theaters and restaurants per capita.

Financial Writer Adam McCann of WalletHub wrote, “Besides your looks, personality, interests and employment status, your location can influence your odds of finding a romantic partner. Everyone has different priorities when searching for love, but certain places simply make dating easier than others.”

Louisiana has the highest rate of singles at 54.18 percent.

On the contrary, Utah has the lowest rate of singles at 42.87 percent, which is 1.3 times lower than Louisiana.

The state of North Dakota has the lowest unemployment rate for singles at 4.37.

That unemployment rate is 2.6 times lower than Mississippi.

The Magnolia State has the highest unemployment rate for singles at 11.4 percent.

California has the most fitness centers (per square root of the population).

On the contrary, Hawaii has the fewest fitness centers.

Cost of living plays a part in the dating scene of a particular state or city.

If the cost of living is low, people will have more money to spend on dates.

Texas’ lowest ranking came in the dating economics category, coming in at number 21.

Dating economics include factors such as average beer and wine costs, movie costs, barbershop and hair salon costs, median credit score and the affordability of housing.

Experts say that people looking to find love in a new locale should factor in cost of living and areas where residents share similar interests to them.

“There are different needs to balance and prioritize. You want to go somewhere you will enjoy, meet people, and be able to afford. From a social and dating standpoint, look for places where you can find people like you. From a financial standpoint, pay attention to the cost of living. Depending on how long you plan to live in the area, consider the housing marking and how fast housing prices are rising. Saving for a down payment on a house or townhome as a single person can take time,” said Rachel E. Brenner, assistant psychology professor at Colorado State University.

“If someone is active and interested in the outdoors, that person may be unhappy in a big city. By contrast, someone who loves museums, shows, and upscale restaurants would not be happy living in a rural area,” said Anita Vangelisti, communications chairperson in the Department of Communications Studies at University of Texas at Austin.

Vangelisti added, “Considering lifestyle issues like these is important because they enable us to do the things we like to do.”

Fellow academician, Ellen Berschied, Regents’ Professor of Psychology Emerita at University of Minnesota believes that the numbers game matters when it comes to finding love.

Berschied said, “If the single is a female heterosexual of a relatively young age and hopes to marry, then it might be useful if she moved to a place where the males…greatly outnumber the females. Or, as Willi Sutton replied when he was asked why he robbed banks, he simply said ‘because that’s where the money is.’”

But what if a person does not feel comfortable dating someone new with the coronavirus, and various strains, still running rampant around the world?

WalletHub analyst Jill Gonzales said, “Clearly, the pandemic has made it more difficult for single people to date. However, video dating can really give people an opportunity to get to know one another, which can prove to be a very good thing in the long run.

“Even though Zoom or FaceTime are neither ideal, nor the most romantic places to have a date, they do determine people to be more engaged in their conversations without other distractions. This can help in deciding whether or not you want to meet in person, and if you do, make sure you find a place where you can maintain social distancing.”