What is #EndSARS Movement in Nigeria? 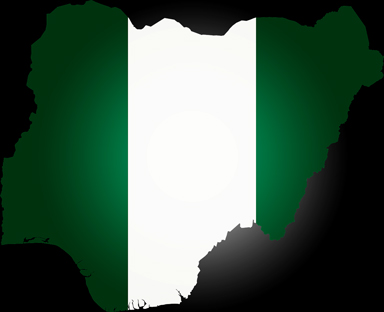 The fight to end police brutality has reached Nigeria with the #EndSARS movement.

America does not have a monopoly on police brutality.

Furthermore, police brutality is not always a Black versus White issue.

This week, the #EndSARS movement in Nigeria has taken over social media.

But what is SARS and why are Nigerians protesting police brutality?

The Washington Post reported, “The hashtag first surfaced in 2017 as activists in Nigeria sought to abolish a federal police unit called the Special Anti-Robbery Squad.

“SARS, as it is commonly known, has existed for nearly three decades. But over time, its critics say, the unit has developed a reputation for abusing its power.

“Amnesty International said it has recorded 82 cases of SARS abuses over the past three years, including beatings, hangings, mock executions, sexual assault and waterboarding.

“Then a disturbing video that surfaced online Oct. 4 shined a fresh spotlight on the unit, reinvigorating outrage across Nigeria. The footage shows officers dragging two men from a hotel in Lagos, according to the Guardian, and shooting one of them outside.”

Over the past two weeks, Nigerians have taken to the streets to protest a police unit that many view as abusive and oppressive.

Celebrities from Beyoncé to Drake have also taken to social media to protest police brutality in Africa’s most populous country.

The issue of police brutality in Nigeria has even made it to the presidential race in the United States of America.

“The United States must stand with Nigerians who are peacefully demonstrating for police reform and seeking an end to corruption in their democracy,” said former Vice President Joe Biden in a statement.

The movement to end SARS began to make its way to global newscasts when protestors and human rights organizations said Nigerian soldiers opened fire on peaceful protests in Lagos.

The city of Lagos has a population of approximately 20 million people.

One protestor told the Washington Post, “There was no warning.”

The #EndSARS movement experienced a short-term victory when the Nigerian Police Force announced on Oct. 11 that SARS had dissolved and had fired two officers in response to “the yearnings of the Nigerian people.”

Many Nigerians cheered the decision.

However, protestors stopped celebrating when they realized the force had just reassigned former SARS officers to other departments.

Nigerian President Muhammadu Buhari has not been able to convince protestors of his desires to reform policing.

Part of Buhari’s alleged reform efforts would include working with human rights organizations on a new model, while investigating atrocities of the past.

Nevertheless, thousands of protestors stayed out in the streets this week.

Protestors have blocked roads and set up shop at a busy tool booth in the affluent suburb of Lekki.

On Twitter, the Lagos state Governor Babajide Sanwo-Olu accused the protestors of “unleashing terror on citizens.”

But protestors believe that national leaders are the ones unleashing terror on Nigerian citizens.

A 37-year-old man recording the events live on Instagram said, “All I heard was bullets—left, right and center.”

Furthermore, researches said that two more people died that evening in the Lagos neighborhood of Alausa.

Amnesty International said, “CCTV cameras at the Lekki toll gate, where #EndSARS protestors had been camped for two weeks, were removed by government officials and electricity was cut—a clear attempt to hide evidence.”

However, the Nigerian army said that soldiers were not on the scene of the shootings via Twitter.

Governor Sanwo-Olu said that he had ordered an investigation into “the adopted rules of engagement employed by the men of the Nigerian army deployed to the Lekki Toll Gate.”

Via Twitter, Nigerian Vice President Yemi Osinbajo said he visited victims of the Lekki shootings while they recover in the hospital.

Vice President Osinbajo tweeted, “The pain of these terrible events is palpable in our towns and cities, and some of the losses are irreplaceable, but we can and will get justice for all of them. I stand with Lagos & all other affected states in these trying times.”

In a statement, the spokesperson for the United Nations Secretary General “condemns the violent escalation on 20 October in Lagos which resulted in multiple deaths and caused many injuries.”

After the Tuesday night violence, protestors returned to the streets to protest the police brutality plaguing Nigeria as a result of SARS.

When protestors returned, many encountered riot officers with tear gas.

On Wednesday, six more protestors died of gun shot wounds at one hospital.

Buhari said that ending the SARS unit “is the first step in a set of reform policies that will deliver a police system accountable to the Nigerian people.”