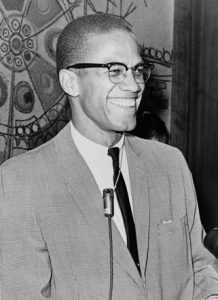 On Nov. 18, the Manhattan, N.Y. district attorney exonerated Muhammad Aziz and the late Khalil Islam for the 1965 assassination of former Nation of Islam minister, Malcolm X.

“This reprehensible revelation is yet another crystal clear example of why J. Edgar Hoover’s name must be immediately stripped from the FBI headquarters and why it is time for the files from the FBI’s counterintelligence program, COINTELPRO, to finally see the light of day,” said Rep. Bobby Rush (D-Ill.), a founding member of the Illinois chapter of the Black Panther Party, in a statement.

Rep. Rush made those statements after two men, Muhammad Aziz, 83, and Khalil Islam, who died in 2009, convicted of assassinating Malcolm X in 1965 got exonerated for the crime because of “newly discovered evidence and the failure to disclose exculpatory evidence.”

In 1969, Rush’s friend and fellow Illinois Black Panther Party member Fred Hampton died after Chicago police shot up his apartment while he slept.

The FBI assisted in the gathering of intelligence for the Hampton assassination with the help of a confidential informant who had infiltrated the Illinois chapter of the Black Panther Party.

During Hoover’s tenure at the FBI, he used his so-called counterintelligence program to gather and plant dirt on Black leaders to sully their reputation and sow discord within their organizations.

The FBI had long faced suspicion for plotting with certain Nation of Islam members to assassinate Malcolm X after his controversial split from the organization’s leader, The Honorable Elijah Muhammad.

Certain witnesses to Malcolm X’s assassination received orders from the FBI not to reveal their status as FBI informants.

Islam and Aziz maintained their innocence from the moment of their arrest.

Even the third convicted assassin, Thomas Hagan, admitted that the two aforementioned members of the Nation of Islam had nothing to do with Malcolm X’s murder.

Hagan served 45 years in prison for the assassination of Malcolm X, while Aziz got paroled in 1985.

Malcolm X lost his life in a hail of gunfire as he prepared to give a speech at the Audubon Ballroom in Harlem, N.Y. on Feb. 21, 1965.

Witnesses said that three assassins took part in the murder.

The assassins also killed Malcolm X in front of his pregnant wife Betty Shabazz and their daughters.

Aziz spent 22 years in prison for the assassination of Malcolm X, which adversely affected his relationship with his children and grandchildren as shown in the Netflix documentary, “Who Killed Malcolm X?”

That Netflix documentary pointed the finger at William Bradley, a member of the Newark, N.J. Nation of Islam mosque.

Bradley died before he could get confronted by the filmmakers behind the Netflix documentary.

Nevertheless, many people in Newark long believed that Bradley played a role in assassinating the former Nation of Islam spokesperson, who is credited with the rise in popularity of Muhammad’s organization.

After Manhattan District Attorney Cy Vance moved to throw out the convictions, Aziz read a statement in a court: “The events that led to my conviction and wrongful imprisonment should never have happened. Those events were the result of a process that was corrupt to its core—one that is all too familiar—even in 2021.

“While I do not need a court, prosecutors, or a piece of paper to tell me I am innocent, I am glad that my family, my friends, and the attorneys who have worked and supported me all these years are finally seeing the truth we have all known officially recognized.”

ABC News reported, “The exoneration resulted from a nearly two-year investigation by the district attorney’s office and the Innocence Project that uncovered FBI documents that revealed a description of the killers that did not match Aziz or Islam, an admission that the only witnesses who fingered Aziz and Islam were FBI informants and a report that said sources reviewed photos of Islam and failed to place him in the Audubon Ballroom where Malcolm X was assassinated…”

Furthermore, on the documentary “Who Killed Malcolm X,” Aziz said he had a well-known beef with Malcolm X at the time of his assassination that Malcolm’s security knew about.

Therefore, security would not have allowed him anywhere near the Audubon Ballroom on Feb. 21, 1965.

When Aziz spoke about a corrupt system that still exists in 2021, he possibly could have been alluding to the case of Julius Jones amongst many others in which possibly innocent Black men sit in prison for crimes they may not have committed.

On Nov. 18, hours before his scheduled execution, Jones had his death sentence commuted to life in prison without the possibility of parole by Oklahoma Gov. Kevin Stitt.

Jones has spent over 20 years in prison for a murder he said he did not commit.

“For over 20 years, I have been haunted by the idea of watching my baby boy die in an execution chamber for a murder that occurred when he was home with his family,” said Jones’s mother, Madeline Davis-Jones. “I still believe that every day Julius spends behind bars is an injustice and I will never stop speaking out for him or fighting to free him. But today is a good day, and I am thankful to Governor Stitt for that.”

The Associated Press reported, “Jones was convicted of first-degree murder and sentenced to die for the 1999 shooting death of Paul Howell, a businessman from the Oklahoma City suburb of Edmond, during a carjacking.

“The profile of Jones’ case grew significantly after it was featured in ‘The Last Defense,’ a three-episode documentary produced by Oscar-winning actress Viola Davis that aired on ABC in 2018. After that, reality television star Kim Kardashian West and other professional athletes with Oklahoma ties, including NBA stars Russell Westbrook, Blake Griffin and Trae Young, and NFL quarterback Baker Mayfield, urged Stitt to commute Jones’ death sentence and spare his life.”