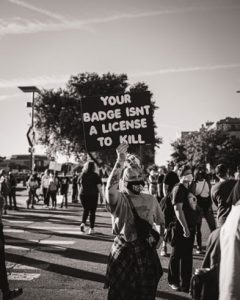 After the murder of George Floyd, politicians from both sides of the aisle promised police reform. But Republicans and Democrats have not come to an agreement yet.

After the murder of George Floyd in Minneapolis in 2020, and subsequent Black Lives Matter protests around the world, many Democrats and Republicans vowed to reform the ways police interact with the people they serve, especially those from communities of color.

However, a year later the George Floyd Justice in Policing Act has not made its way to President Joe Biden’s desk, and Sen. Tim Scott (R-S.C.) believes the calls to defund the police made by some Democratic politicians caused the bill to never come to fruition.

Sen. Booker refused to get into a back and forth with his senatorial colleague.

However, Booker said, “I love him. I send him grace all the time, he’s a friend of mine…I promised the families [of police brutality victims] we’re going to get something done. I’m still at work. I’m not throwing accusations at either side.”

Although the slogan “defund the police” received a lot of attention following the murder of Floyd, what does it really mean?

TheGrio reported, “Many advocates of the movement have demanded that police funding be reduced in order to commit more money towards community care networks that could mitigate the systemic factors that push many towards crime in the first place.

“Simplified into the slogan ‘defund the police,’ the core message of the phrase was perceived differently among social and political groups, with Republicans assuming that Democrats intended to threaten law and order.”

Booker wants to ban no-knock warrants as well as a ban on chokeholds.

Additionally, Booker wants police departments across the country to make several reforms before they qualify for grant money from certain programs.

However, Scott said those reform requirements amount to defunding the police.

Scott said, “We have about a billion dollars in grant money that goes to police. When you start saying, ‘In order to receive those dollars, you must do A, B and C. And if you don’t do a B and C, you literally lose eligibility for the two major pots of money…when you tell local law enforcement agencies that you are ineligible for money, that’s defunding the police, there’s no way to spin that.

“I’m only saying that if you read the legislation, it’s pretty simple. This is not something that I’m making up, and we can debate the facts. We can actually say, in several different areas of the bill, it reduces funding.”

Booker said, “[Trump] passed an executive order [on policing] that actually had some good parts to it like creating national accreditation standards…Donald Trump himself said, ‘If you want federal dollars, you’re going to have to comply with raising professional standards.’ But we couldn’t even get agreement to memorialize what is already the law of the land via executive order.”

Recently, Bass urged Biden to “use the full extent of their constitutionally mandated power to bring about meaningful police reform.”

Booker said that “President Biden is very connected to these negotiations in terms of watching what was happening. We talked about the things we can do with executive orders.”

Michael Arceneaux of Yahoo News reported, “Some on the right and across cable television like to portray the Democratic Party as the force behind ‘defunding the police,’ but while abolition is a real policy deserving consideration, it is not one ever taken seriously by the party as a whole. See, President Biden, who campaigned against defunding the police, and this failed bill, which, as Booker noted, would have given the police more money.”

Booker said, “We wanted to have more transparency, higher professional standards, and real accountability. If you break the law, you shouldn’t be shielded from that. Those were the lines all along.”

Yahoo News even reported that the Fraternal Order of Police and International Association of Chiefs of Police both disagree with Scott on how the negotiations for police reform dissolved.

In a joint statement, the two organizations said, “Despite some media reports, at no point did any legislative draft propose ‘defunding the police.’ In fact, the legislation specifically provided additional funding to assist law enforcement agencies in training, agency accreditation, and data collection initiatives.”

The organizations went on to say the bill would have, “strengthened the law enforcement profession and helped improve the state of community police engagement without compromising management and officers’ rights, authorities, and legal protections.”

Many in the Black community and beyond have criticized Scott for bashing police reform initiatives that he endorsed in the past.

On “Sunday Night in America,” Scott said, “We have seen the right direction of solutions under the GOP while Democrats keep campaigning on the issue never to find a solution. That is what all Americans want, whether you’re Black or White, red or blue. You want a fair justice system. And yet our Democrats and elites keep telling poor folks in marginalized communities you just wait. We’ll get to you sometime, and we’ll run on the issue, but the Republicans bring solutions.”