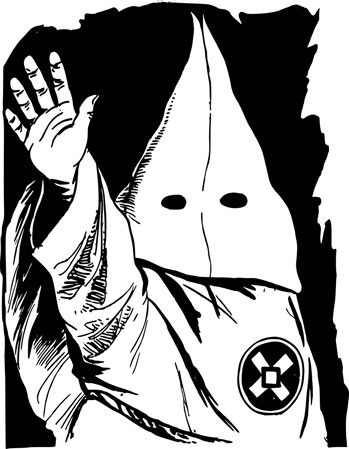 Creating a controversy over the law school and graduate course Critical Race Theory must not have satisfied many Texas Republican lawmakers because a passed Senate bill would get rid of the requirement that made teachers teach that the Ku Klux Klan (KKK) is “morally wrong.”

Additionally, the Texas Senate bill removed requirements to teach about the Civil Rights Movement, the women’s suffrage movement and the struggle of Mexican-American farmworkers and the leader of that movement, Cesar Chavez.

Yahoo News reported, “A current requirement, that students learn: ‘the history of White supremacy, including but not limited to the institution of slavery, the eugenics movement, and the Ku Klux Klan, and the ways in which it (was) morally wrong,’ would be dropped if this bill is passed.”

Although the term or course Critical Race Theory was not mentioned by name, many believe that the Texas Senate bill is aimed at limiting the teaching of race and the impact of racism in Texas classrooms.

Many Republicans on the local, state and federal levels have recently made critical race theory a hot-button topic.

Some lawmakers and community members believe that teaching critical race theory will make White people feel guilty for slavery, discrimination and the systemic racism that still exists today in America.

Although, a student would not take a critical race theory course until they reached law school or graduate school, many Republican lawmakers have used critical race theory as a lightning rod in the so-called cultural war going on in America that pits conservatives versus liberals, Whites versus Blacks and feminist versus those against the feminist movement.

Students in grades kindergarten through 12th would not qualify to take critical race theory because it is graduate schoolwork.

Therefore, undergraduate college students would not even qualify to enroll in the course.

Nevertheless, that has not stopped the movement to ban critical race theory in grade schools across the United States.

Yahoo News reported, “Last month, Texas Gov. Greg Abbott signed legislation that outlined how state schools can educate students about race and racism and forbade schools from teaching that individuals bear responsibility for actions committed by people in the past because of their race, according to The Hill.

“That bill included a section requiring that students are taught ‘historical documents related to the civic accomplishments of marginalized populations.’

“The section included ‘the Chicano movement,’ ‘women’s suffrage and equal rights,’ ‘the history of White supremacy, including but not limited to the institution of slavery, the eugenics movement, and the Ku Klux Klan, and the ways in which it is morally wrong,’ Martin Luther King Jr.’s ‘Letter from a Birmingham Jail’ and ‘I Have a Dream’ speech among other writings.

“Those requirements are not included in the new bill passed by the Texas Senate last Friday, but language limiting how race can be discussed in classrooms is retained.

“The bill says teachers should cover those topics ‘from diverse and contending perspectives without giving deference to any one perspective’ to the best of their ability.”

Almost immediately, critics of the bill wondered how an instructor could teach certain topics without giving deference to one side/group over the other?

Is an al Qaeda terrorist’s perspective just as important as the perspective of someone who lost a loved-one on Sept. 11?

Furthermore, should American teachers care about the perspective of a person that lynched another person just because of their Black skin as much as they care about those Black people terrorized by White supremacists?

If the bill passes the Texas House, teachers will have to hold the views of terrorists with the same regard as it holds the views of those victimized by that terrorism.

Democratic Texas state Sen. Judith Zaffirini condemned the bill saying, “How could a teacher possibly discuss slavery, the Holocaust, or the mass shootings at the Walmart in El Paso or at the Sutherland Springs church in my district without giving deference to any one perspective?”

Despite the movement to limit how teachers discuss race, some in the African-American community believe that a truthful teaching of systemic racism would help bridge the racial gap beginning with young people.

In an op-Ed, RegalMag.com publisher Todd A. Smith wrote, “African-Americans demand a change to the whole foundation of what this country is built on, and that is White supremacy, privilege and bias.

“And to do that, we must start with the next generation because the current generation is a lost cause.

“We must teach American children the truth about slavery and systemic racism.

“No, we do not want to teach children that White people are evil.

“But we cannot deny that what some White people have done to maintain and monopolize power is pure evil.”

For the bill to proceed to the Texas House, Democratic lawmakers would have to return from Washington, D.C. so that the House would have a quorum.

Texas House Democrats fled Texas so that Republican House members could not pass a voter reform bill that the Dems say amount to voter suppression.