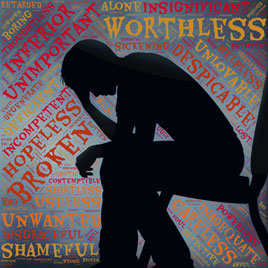 Experts believe the coronavirus pandemic has had an adverse impact on people’s mental health.

Mental health issues like depression existed in the White community, but not as much in the African-American community or so some erroneously thought.

With current celebrities like radio personality Charlemagne tha God and others openly speaking about protecting one’s mental health, that stereotype seems to be fading away in the African-American community.

Nevertheless, with the recent deaths of 2019 Miss USA Cheslie Kryst, 30, and Ian Alexander, Jr., 26, the only child of Academy Award winning actress Regina King, many in the Africa-American community and beyond have used those tragic deaths to encourage people to reach out to their loved-ones who struggle with mental health issues.

Furthermore, many heartbroken people are also encouraging those struggling with issues like depression to not hesitate to seek help because it could save a life.

CNN reported, “Kryst died after jumping from a building in Manhattan, police said. She was an attorney who sought help to reform America’s justice system, as well as a fashion blogger and entertainment news correspondent, and was crowned Miss USA in 2019.”

In a statement, the Kryst family said, “In devastation and great sorrow, we share the passing of our beloved Cheslie. Her great light was one that inspired others around the world with her beauty and strength. She cared, she loved, she laughed she shined…

“Cheslie embodied love and served others, whether through her work as an attorney fighting for social justice, as Miss USA and as a host on EXTRA. But most importantly, as a daughter, sister, friend, mentor and colleague—we know her impact will love on.”

Her colleagues from “Extra” released a statement that read, “Our hearts are broken. Cheslie was not just a vital part of our show. She was a beloved part of our Extra family and touched the entire staff. Our deepest condolences to all her family and friends.”

In Kryst’s final Instagram post before her tragic death, alongside a photograph of herself, the lawyer wrote, “May this day bring you rest and peace.”

The 2019 Miss USA received a bachelor’s degree from University of South Carolina before receiving an MBA and law degree from Wake Forest University.

On Jan. 22, NBC News confirmed that Alexander died of suicide.

In a statement, King said, “Our family is devastated at the deepest level by the loss of Ian. He is such a bright light who cared so deeply about the happiness of others…Our family asks for respectful consideration during this private time.”

Alexander worked as a musician and D.J. under the stage name, desdune.

On Jan. 7, he released his most recent single, “Green Eyes.”

Prior to his death, Alexander had spoken out about how unhealthy social media apps like Instagram were to him.

Essence reported, “He used a popular image from SpongeBob Squarepants where the cartoon character is surrounded by tiny clones cloaked in wild flames to illustrate exactly how he was feeling to his followers.

Alexander wrote, “You know that episode of SpongeBob where they go inside his brain and it’s a bunch of mini spongebobs just losing their s***…yea that one really hits home.”

Essence reported, “Alexander, Jr. was the sole child of King and ex-husband Ian Alexander, Sr., and the pair shared a beautiful bond. She often invoked his name during her acceptance speeches and gushed about her enduring love for him.”

Although celebrity suicide deaths like Kryst and Alexander often make national headlines, the suicide rate amongst African-Americans as a whole has risen drastically over the last 10 years.

CBS’ Baton Rouge, La. affiliate WAFB reported, “According to a recent study, African American boys between the ages of 5 and 12 are more likely to die by suicide than any other age group. Nationwide, suicides among Black children under 18 are up 71 percent in the past decade.”

The suicide rate has also increased during the coronavirus pandemic.

Suicide prevention advocate Tonja Myles said, “This is personal to me. I’m a two-time suicide survivor and I’ve been in recovery for over 32 years. So, in the last couple of years we saw the uptick of suicide by African-American males, and during COVID it went through the roof.”

Myles said that to stop the trend of rising suicide, talks must begin early in life about mental health and suicide prevention.

Louisiana Director for RI International Lysha Best said, “A lot of times, African-American men are told that you have to suck it up, you cannot show your feelings and you can’t cry. That’s not healthy for anyone. So, we have to change that when we’re talking to our babies, our young boys that it’s O.K. to cry, it’s O.K. to feel, you’re going to be O.K.

“It’s always not always about if you feel like hurting yourself right now. Sometimes as we continue to talk then people are opening up and saying that they’ve had thoughts before, sometimes I feel like this when this happens, so it’s really about how you have the conversation.”

According to WAFB, “The National Suicide Hotline is available 24/7, but soon it will be even easier to dial. By July 2022, every state will designate 988 as a number people can call and speak to a professional.”