Will Female Athletes Ever Make Money Comparable to Male Counterparts? 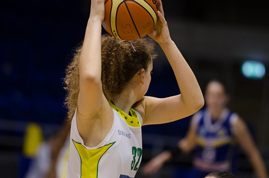 Some WNBA players have complained that their contracts are only a small fraction of the average NBA salary.

On July 2, Wilson tweeted, “154 million. Must be nice. We are over here looking for a million, but Lord let me get back in my lane. And I love Bron not taking anything away from him.”

Nevertheless, many critics of Wilson’s tweet took exception to her comparing the WNBA to the NBA, financially.

One Twitter user questioned, how would the WNBA pay its players comparable to NBA players when they do not have the fan base that the NBA enjoys?

However, WNBA president Lisa Borders says she does see the difference in how male and female athletes are viewed by sports fans, which can lead to less popularity in America for women’s sports.

“Let’s be clear, there’s a lot of sexism that still goes on,” Borders said. “People do not believe that women can be superb athletes. That is frankly an ignorant perspective, but if you haven’t had the opportunity to see a game, a player or experienced the game, then perhaps you have an uninformed perspective. We invite folks into the arena to actually see a game.”

Regardless of the reasoning behind the game attendance and television viewership of the WNBA versus the NBA, the two professional basketball leagues have to be placed into historical context.

For many decades, the NBA was not popular at all on the American sports landscape.

During the first eight decades of the 20th century, baseball, boxing, and to a lesser degree football, were the most popular sports in the country.

Up until around the 1960s, many NBA stars had summer jobs to augment their “low” pay from the NBA.

Hall of Famer John Havlicek of the Boston Celtics worked as an insurance salesman during the offseason to make extra money.

Many NBA games, including NBA Finals games, often got televised on tape delay because NBA games could not garner enough attention for primetime television slots.

In 1980, when Earvin “Magic” Johnson led the Lakers to a championship in six games against Julius Erving and the Philadelphia 76ers the decisive game did not even appear on live television.

NBA games did not begin its run of lucrative popularity until Johnson, Larry Bird, Michael Jordan, Isiah Thomas and others took the game to new heights in the 1980s and 1990s.

The players of the 21st century like James benefit from decades of blood, sweat and tears put in by NBA alumni when the game was not on America’s pop culture landscape.

If it took the NBA about 40 years for the players to make hundreds of millions of dollars, it is hard to believe that the WNBA can accomplish the same feat in only 20 years.

Basketball notwithstanding, a pay gap does exist for male and female athletes.

However, that gap is becoming narrower as the years pass.

In 83 percent of sports, men and women now receive equal prize money based on a June 2016 study of 68 different athletic disciplines.

Two years earlier in 2014, 70 percent of sports had closed the gender gap.

“We are making progress, but it’s happening at a glacial place,” said Fiona Hawthorne of the advocacy group Women on Boards. “The sport world is very, very male dominated still and the disparities in some sports are shocking.”

Despite the fact that equal pay in sports is slowly becoming a reality in some sports, only one female athlete, Serena Williams at number 51, ranked in the top 100 highest paid athletes.

In the world’s most popular sport, soccer, equal pay in sports is still not reality.

“I cannot think of any other industry that has such a wage gap, really,” said Beatrice Frey of UN Women. “Depending on country, context and sport, a man can be (a) billionaire and a woman cannot even get a minimum salary.”

However, often leagues that feature male athletes bring in more money than their female counterparts and that can explain the huge disparity in pay.

The NBA and WNBA are two separate leagues with two different revenue realities.

No such statistics exist for the WNBA, but revenue is much less than $5.9 billion.

On the contrary, WNBA players only receive about 25 percent of WNBA revenue.

Despite the pay difference, the WNBA enjoyed a banner year when it comes to attendance in 2017, with teams averaging 7,716 fans per game.

That number is around 10,000 less than the average attendance at NBA games.

Ticket prices are much cheaper for WNBA games too.

Although game attendance is much lower at WNBA games than NBA games, it is important to note that the NBA has existed for 72 years.

At the same point in its existence, the NBA only drew on average 6,631 fans per game during the 1966-67 season, which could bode well for the WNBA’s financial potential.

If attendance is any indicator, the WNBA will one day reach the level of success of the NBA.

Unfortunately for the current crop of WNBA players and those that laid the foundation for the league, trendsetters and trailblazers often do not get their just due, financially.

One can look at music as an example.

The founding fathers of hip-hop like the Cold Crush Brothers, Spoonie Gee and the Funky Four Plus One laid the foundation for the art form despite not getting wealthy off of the music they invented.

Wilson and the WNBA are just experiencing their growing years.

But once their product is fully-grown, salaries might grow exponentially as well.