Where are All of the Female Coaches in Male Sports? 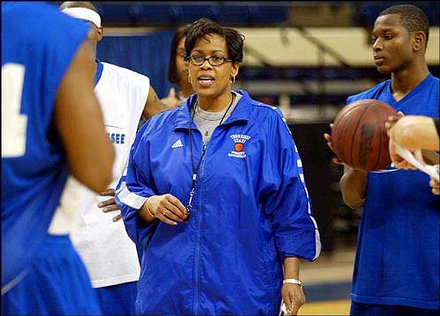 When Will Female Coaches Get To Primetime in America?

While the names Tihana Nemcic and Natalie Nakase may not ring any bells, they are sounding the gong for change for female coaches in professional male sports.

Nemcic, a former Croatian professional player was recently named the manager for a football club – which Americans know as soccer – in the Eastern European country of Croatia.

Reportedly, Nemcic answered her critics regarding her selection as a female coach of a men’s team by stating, “If a woman and a man have the same professional qualifications for a coaching job, I see no reason why I should not get into male football.”

History was also made in Japan recently when Natalie Nakase was appointed as the head coach of the Saitama Broncos, a male professional team in the Japanese Basketball League.

Nakase was a point guard for the UCLA Bruins and understands the importance of being first, as this position represents not only a breakthrough for female coaches in Japan, but around the world.

According to Nakase, “I get a lot of attention for being the first woman in coaching. I’m starting to realize the responsibility I have of giving women a chance, not only in basketball, but in the corporate world as well.”
What is missing from the scenario?

The diversity and inclusion that America proclaims so often does not exist in the coaching ranks, not just for African American males, but female coaches as well.

In 2004, Vanderbilt standout Ashley McElhiney was hired to coach the Nashville Rhythm, a men’s semi basketball team that was a part of the ABA.

She was fired after a year and the team subsequently folded.

Despite the high hopes associated with the landmark legislation designed to open doors of opportunity, Title IX has also added to the problem.

In 2007, Sean Gregory’s article, “Where Are the Women Coaches?” for Time.com spelled out the dilemma.

“As a result of Title IX’s success, women coaches are expected to win as much as the men. With those expectations come crippling hours, including weekends spent on the road recruiting. That puts unique pressure on women with families, who, since they are less likely to find a spouse ready to back-burner a career to raise the kids, may have more trouble than their male counterparts in making child-care arrangements.”

Gregory continued, “In 1972, the year Title IX outlawed gender discrimination in school sports and any other federally funded education program, that proportion was higher than 90 percent. The trend has even carried over to the pros. When the WNBA started in 1997, seven of its eight head coaches were women.  Now, nine of its 13 coaches are men.”

While men are finding lucrative positions in women’s sports, the dearth of female coaches leads to other underlying issues.

Malady wrote, “There are all sorts of reasons why women almost never coach men’s teams, most of which fall under the category of Catch-22s: the lack of women actively seeking these jobs due to existing norms that are reinforced at every athletic level.  The dearth of female candidates with the type of experience that is valued by those filling positions to coach men’s teams, the lack of female role models who have successfully coached men, the persistence of discrimination and stereotypes that die slowly, etc.”

He added, “Basically, women never coach men’s teams because they’ve never coached men’s teams. Then there are these loopy justifications that you’ve surely heard, or maybe even uttered yourself: Women don’t play some men’s sports competitively, so they couldn’t possibly be good at coaching those sports; men won’t take orders from, or sufficiently respect, women; women have no place in men’s locker rooms; and, of course, women are way too [insert your stereotype of choice here regarding emotional fragility] to successfully coach men’s teams.”

Breaking into the male bastion to increase opportunities for female coaches in male professional and college sports will continue to be a challenge for women.

However, the appointments of Nemcic and Nakase are shedding light in darks places and as their names become more familiar, more females will become empowered to seek coaching positions and more will be included in the process.