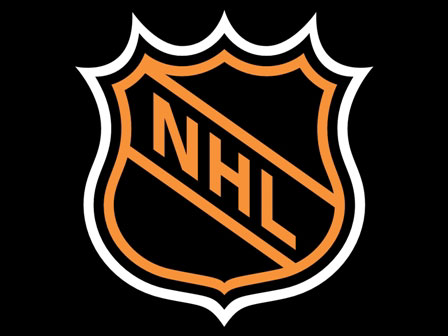 The World Series is over, football is mainly played on weekends, and college basketball just is not enough. Any other year our hearts and minds would drift to the NBA, but those folks are not getting along.

Want an alternative? Try hockey. The National Hockey League is going full tilt with a regular season that lasts until early April and a four-round Stanley Cup playoff tournament that will not end until mid-June. As a service to our sports-loving readers who may be experiencing pro sports withdrawal without the NBA, Regal is providing a guide to some of the NHL teams our readers might enjoy following.

Washington Capitals: Led by Alex Ovechkin, the NHL’s version of a human highlight reel due to his virtuoso goal scoring and extroverted personality, the Caps had the best record in the league last season. Coach Bruce Boudreau gained a cult following with his salty language (think f-bombs) captured in an HBO reality series featuring the Caps last year and his emotional leadership from the bench. If gorgeous goals, fast-placed action, and hard-hitting emotional play sound good, the team that plays hockey in our nation’s capitol might be for you.

Detroit Red Wings: Detroit is the NHL equivalent of the New England Patriots or Los Angeles Lakers. They don’t quite win every year, but they are always in the hunt and always prove to be a tough out in the playoffs. The Red Wings’ answer to Tom Brady is defenseman Niklas Lidstrom, a seven-time winner of the Norris Trophy for best defenseman, who quarterbacks Detroit’s lethal power play from the blue line. Coach Mike Babcock has taken both the Wings and the Anaheim Ducks to the Stanley Cup Finals.

Chicago Blackhawks: The Hawks have one of the NHL’s great scoring teams with Patrick Kane, Patrick Sharp, Jonathan Toews and Marian Hossa constantly lighting the lamp behind opposing goaltenders. Chicago won the Stanley Cup in 2010 and are said to have completed rebuilding a roster decimated by salary cap-related defections before last season. Most hockey analysts think the Hawks will go much deeper in the playoffs this season than the first round elimination to Vancouver in 2011.

Philadelphia Flyers: Philadelphia went to the Stanley Cup Finals in 2010 and was a top seed in the Eastern Conference playoffs last year. Since then, the Flyers have added future Hall of Famer Jaromir Jagr to provide offensive support for Daniel Briere. Philadelphia also has noted enforcer Jody Shelley on its roster, so opponents will have to pay for any liberties they take with Briere or Jagr. Regal readers visiting the Wells Fargo Center in Philly will not have to worry about boredom.

New York Rangers: The Rangers figure to be a middle of the pack team this season battling for the sixth, seventh, or eighth seed in the Eastern Conference playoffs. They are adjusting to the retirement of Captain Chris Drury; the U.S. Olympian who also beat Japan as the winning pitcher in the Little League World Series.  New York will attempt to play a low-scoring style while relying on All Star goalie Henrik Lundqvist to keep opponents off the scoreboard. Marian Gaborik and his fellow forwards will try and score just enough to keep the Broadway Blue Shirts in the playoff hunt.

Los Angeles Kings:  The Kings are in a good position to challenge San Jose, the four time defending division champion, for the Pacific Division title this year. Speedy scorer Anze Kopitar has recovered from a broken leg suffered on the eve of last season’s playoffs that led to a first-round elimination. Defenseman Drew Doughty just signed a six year contract that cements his status as the anchor of L.A.’s blue line. The Kings also feature dangerous scorers Jarrett Stoll and Dustin Brown and bruising defenseman Jack Johnson. Brown and Johnson have represented the U.S. in the Olympics.

Dallas Stars: Another likely challenger to the Sharks’ dominance out west, Dallas, is off to a great start. The Stars hope that Captain Brendan Morrow can translate his nearly 800 NHL games and gold medal performance for Canada in the 2010 Olympics into leadership that includes a deep run in the Stanley Cup Playoffs. Dallas has not been in the playoffs since 2008, but that figures to change this season.

Anyone who lives near a major urban center, especially in the northeast, can probably develop a local interest in hockey this winter. It sure beats signaling too much free time at home without the NBA and adding to the honey-do list, eh?