Has Time Come for African Olympics? 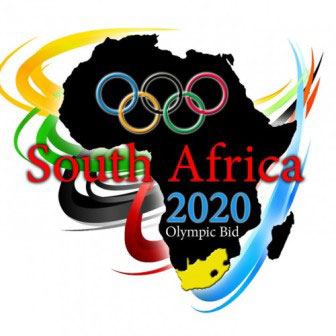 An African Olympics in 2020 is still unlikely.

Is Africa Ready to Host an Olympic Games?

Hosting an Olympic Games is a huge and expensive undertaking fraught with pitfalls.

It can be argued that Montreal in 1976, because of bloated costs, and Atlanta in 1996, because of glitches and complaints in the running of the games, lost international standing as a result of hosting the games.

With Rio de Janiero set to host the 2016 games as the first city in South America to host an Olympics, the question before the house is whether or not it is time for an African Olympics?

Hosting an Olympics is a multibillion dollar undertaking, and as William Shakespeare might say, therein lays the rub.

South Africa is the wealthiest country in Africa, but its Gross Domestic Product (GDP) ranks just 25th in the world.

Kenya, a strong participant in many of the Olympiads over the past half century or so, ranks 81st and Egypt is the second-wealthiest African nation, but its commitment to sports seems limited and is certainly below Olympic levels.

Weather and geography means that the Winter Olympics are out of the question for Africa with only Europe and North America producing the snow necessary for most of the outdoor events.

That leaves the bigger, more complicated and more expensive Summer Olympics on the table.

South Africa bid to host the 2004 Olympics on the heels of its successful hosting of the 1995 World Rugby Championships. It did not even make the final round. Concerns were expressed regarding the venues, transportation and crime rate.

South Africa followed that disappointment by serving as host of the 2010 World Cup.

Construction costs exceeded 3 billion Euros, and income from the increased tourism was about one-tenth of that.

Local vendors were aced out of much of the commercial opportunities by official sponsors, and the country is left with many underutilized stadiums, hotels and housing complexes.

It is highly doubtful that race is an issue in selecting a host country. The International Olympic Committee (IOC) is a diverse, multinational body that is not always admirable but has made clear that the only color it cares about is green, as in money.

Still, the IOC is also made up of wealthy aristocrats who in another era might have been referred to as jet setters. Is such a body likely to approve an African Olympics when there are so many more glamorous and wealthy cities from which it can choose?

Madrid, Tokyo and Chicago were among the runners-up to Rio and each is thought to have an interest in the 2020 games. An African Olympics would be a tough fight against those locales.

Regal’s best guess is that we are at least a generation away from seeing an African country make a credible bid, and perhaps further along than that from seeing an actual African Olympics.

It is questionable whether a developing nation should even try to host such an event, and if it is in the best interests of its citizens.