Coaches Do Star Athletes Disservice By Coddling Them 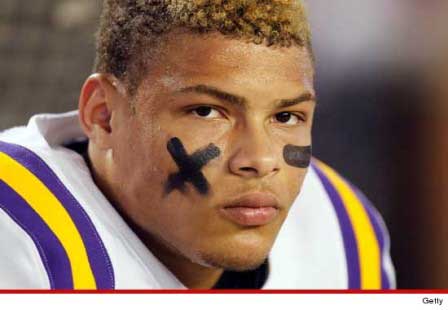 Does Anyone Benefit When Star Athletes are Coddled?

The notion of star athletes receiving special treatment is as old as organized sports.

The Soviet Union provided cushy government jobs and cars to its champions.

What does special treatment for star athletes say about a society? Do we overemphasize the benefits of athletic excellence? Do star athletes receive second chances that might not be available to regular citizens?

Take the case of former NFL superstar Chad Johnson (formerly Chad Ochocinco). When Johnson was a Pro Bowl caliber player with the Cincinnati Bengals he seemed to have a license to do as he pleased.

Johnson flouted convention, challenged the authority of coaches, and broke minor NFL rules seemingly whenever the mood moved him.

As Johnson’s career wound down, he saw the Bengals and New England Patriots lose patience and cut ties with him. He signed on with Miami this summer and went to camp battling for a spot as a reserve.

On Aug. 11, Johnson was accused of domestic battery. He claims he accidentally bumped heads with his wife, but she says it was more of a head butt.

Did years of privilege create a sense of invulnerability or irresponsibility? We’ll never know. What we do know is that the Dolphins released Johnson by the next Monday.

Regal wonders if that would have been the consequence if Johnson was still a go-to receiver and annual Pro Bowl candidate.

An exception to star athletes calling all the shots occurred recently at LSU.

Mathieu was widely considered the best defensive player in college football, and now the Tigers will have to defend their SEC Championship without him.

Had Mack Brown acted the same way when quarterback Vince Young was with the Texas Longhorns, perhaps Young would not have had problems adjusting to the adult world.

It has been rumored that he had a free reign at Texas while Brown turned a blind eye. Young has had a tumultuous time since joining the NFL.

Young disappeared for several hours in 2008 as a reaction to being booed by his home fans. The police had to be called.

In 2010, Young threw his shoulder pads in the stands in a fit of pique and had a public altercation with Fisher. He was released by Tennessee before the 2011 season, played 2012 as a backup for the Eagles and is now a member of the Buffalo Bills.

Clearly, coaches invested in winning did no favors to Young or Johnson who are now experiencing what happens when the athletic luster begins to fade.

Mathieu, on the other hand, has the opportunity to adjust his priorities while still a young man and if he straightens out, he can apply the lessons learned at LSU to a career in pro football.