Should Teams Be Concerned with Players’ Mental Health Issues? 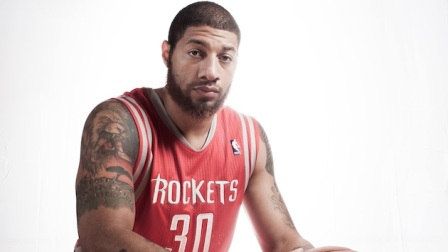 Houston Rockets rookie forward Royce White is one of a few athletes to open up about their mental health issues (Photo courtesy of Sports Grid).

Not gods, Only Human

Playing sports at a professional level is extremely taxing on its players. Each week we hear of the physical issues these players endure day in and day out. What we fail to hear about is serious issues that aren’t as publicly broadcasted or even accepted, as it should.

Matters of mental health issues within sports are a problem that has failed to be addressed.

One in five Americans suffered from mental health issues last year. Despite their fame and celebrity, athletes are in fact human and are amongst those one in five individuals. We know how demanding sports can be physically, but they are just as challenging mentally.

There is a tremendous amount of pressure placed on these players to live up to ridiculous expectations. Sports organizations spend countless expenses making sure each player is physically well, yet the same attention isn’t being given to also repair the mental wear and tear the game takes on one’s mental health.

Do professional sports franchises owe it to players with mental health issues to give extra care to deal with their issues?

“I believe a player’s well-being should be a very high priority in the minds of a sports franchise,” said 21-year-old Brandon Victor.

“I think it is absolutely necessary for all pro-sporting teams to make room in their budget for sports psychology and other post-anxiety/mental health disorders,” said 22-year-old Krystle Rich. “Participating in pro-sports is not only hard on the body but it is also hard on the mind. To ignore mental health issues can be just as severe as ignoring a player limping off the field/court.”

Arguably the biggest reason why mental health issues amongst professional athletes are so under-reported and unacknowledged is because of the negative stigma that goes along with it.

“There is a stigma for players to be so tough that they may feel emasculated or weak if they ask for help,” said Rich.

While there have been athletes that have admitted to suffering from different mental health issues, many of them have been ridiculed for opening up about their problems.

Houston Rockets rookie Royce White recently opened up to the public about his anxiety disorder where he particularly has a fear of flying. Because of this fear, White was unable to attend the first day of training camp for the Rockets.

Darnell Mayberry, who covers the Oklahoma City Thunder for The Oklahoman demeaned White’s illness and went on to describing the 21-year-old as a “head case.”  The insensitivity that Mayberry and many others displayed is why the stigma continues to exist.

“Very few people know the importance of mental health and thus, nobody raises the issue seriously,” said 23-year-old Patrick James. “In order for issues to be taken seriously people have to raise hell and that hasn’t been done.”

Sports franchises owe it to their players to help them deal with their issues. When signing an athlete, they are ultimately investing in the player.

“If they want to make good on their investment, they will treat players accordingly to make sure there’s a safe work environment for players, team staff, etc.” said 22-year-old Randall Newsome.

While organizations like the NFL and NBA have tried to emphasize mental health, players still have been hesitant about opening up about their problems. While the stigma of these issues makes it hard for players to deal with the criticism that comes along with it, players also have to deal with the fact that there is a lack of job security.

“Teams are not giving it much attention because there’s way too much talent around the world. A player can easily be replaced,” said 22-year-old Julian Stokes.

If an individual were viewed as being a “head case” or bringing a team too much problems, many organizations would rather not sign the player or even part ways with them. This makes it even harder for players to want to come forward to admit that they have a problem.

Mental health is a very important matter that isn’t taken as seriously as it should. The combination of its negative stigma and the affect it has on today’s society makes it hard for many players to feel safe in opening up about it.

Sports franchises owe it to their players to stand by them and their issues and help provide the necessary care for their problems.

If more attention is brought to the issue of athletes and mental illness it could possibly change society’s view of athletes with mental health issues and countless players can finally receive the help they need.

Douglas is a contributing writer for Regal Magazine, a publication dedicated to the African American community