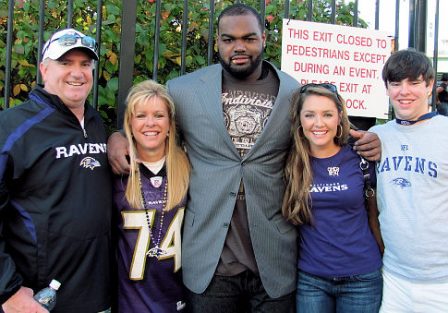 By some estimates 72 percent of Black children are raised in single parent households, with the vast majority of such parents female. Consequently, for many young Black males, their coaches can become surrogate fathers.

As Regal has already documented, most Division 1 and professional coaches are White. As Father’s Day approaches we asked ourselves about the impact of White surrogate fathers/coaches on young African American males.

The title of father figure stretches farther than many could have ever imagined merely 20 years ago, and the job of leading a team to be ready for a game week after week entails much more today than it ever has.

You see, in today’s world you have athletes from zero stars to five stars who come from great homes and many who come from broken ones. All too often, you read about a guy like DeAngelo Tyson. He came from a foster home and used his God-given athletic ability to make something of himself on the gridiron, so that maybe one day he can enjoy the fruits of a college education, or in the best case, an NFL (and life-changing) career.

Because of the money involved, there is more pressure on coaches than ever before. John Wooden’s top salary at UCLA was $35,000 in 1975, when he won his last national title. That equates to about $140,000 today. John Calipari, coach of the 2012 NCAA champion Kentucky Wildcats, is said to make about $4.5 million annually. Calipari surely has more to deal with than Wooden ever did, but not 30 times as much.

According to Shawan Maxam (an African American) of The Good Man Project, there is a crisis today in African American male parenting. “We have this warped sense of masculinity and fatherhood. Many of the fathers of my friends who are Black were either completely absent or womanizers (including my own dad) or like my nephew’s father, no longer living. So when boys grow and don’t know how to be faithful in their relationships or are unable to take charge of their lives, I am not surprised.

“We need fathers, father-figures, coaches and mentors to be celebrated year round, but we also need them to be present every day. We need them to be role models for being men and for having adult relationships with women.”

But what about White coaches as father figures for Black men? In America today, Whites tend to be better educated and come from a higher social class which will more likely lead them into coaching careers than Blacks. This means that for the immediate future, it is likely that Black male players needing a father figure coach will have to find that from a White man.

And is that so bad? Maybe Black athletes are fortunate to gain exposure to an upper middle class or upper class culture where education is valued, where it is at least a bit more likely that the coach was raised in a two-parent household and that he may be role-modeling a two-parent household of his own. Sure, all those things are available in the African American community, but just to a lesser extent.

Perhaps our growth as a race in this country benefits from some assimilation into the White culture. And a mutually-beneficial relationship of great Black players with successful White coaches seems like a healthy place to start.

So Happy Father’s Day; please use the holiday as a reason to contact your father and all the father figures who had a positive influence on your life.