Can Wilson Join Doug Williams as Black Quarterbacks with Ring? 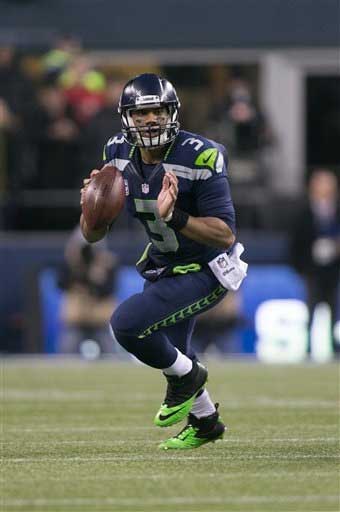 In 1979, R&B group Shalamar sang that the second time around is always better than the first time.

However, for Black quarterbacks, the second time around has yet to come around.

Seattle Seahawks quarterback Russell Wilson has a chance to become the second quarterback of African descent to win the coveted prize this Sunday in East Rutherford, N.J.

While the prejudice that affected the careers of Black quarterbacks like Warren Moon, Williams and his fellow Gramblingnite James Harris has subsided, the barrier to success in the big game remains, but hopefully not for much longer.

In honor of Super Bowl XLVIII, Regal Magazine takes a look at how Black quarterbacks have fared in the big game.

Super Bowl XXII: Doug Williams (Washington Redskins)—Doug Williams’ career is historic for being the first Black quarterback to win the Super Bowl.  However, he only started two games in 1987, both losses.  Nevertheless, coach Joe Gibbs stuck with Williams even after injured starter Jay Schroeder returned from the injured list.  His first two playoff games that year were not much better, but he won.  And when he went up against the “golden boy” of the 1980s, John Elway, he did not even let an early injury prevent him from making history.  According to the Washington Post, Williams went 18/29 for 340 yards and four touchdowns (including one interception).  The Super Bowl MVP led the Redskins to a 42-10 blowout over the Broncos on that historic day, Jan. 31, 1988.

Super Bowl XXXIV: Steve McNair (Tennessee Titans)—Steve McNair picked up where Williams left off, representing Black quarterbacks and SWAC (Southwestern Athletic Conference) schools (Alcorn State) in the Super Bowl.  Although he came the closest to joining Williams, as singer Brandy once sang,  “Almost doesn’t count.”  The Titans were no match for the “greatest show on turf” and their lead performers Kurt Warner, Marshall Faulk and Torry Holt.  However, McNair and the Titans came within one yard of ruining the show for the St. Louis Rams in 2000.  According to NFL.com, the late “Air” McNair finished the day with 214 yards passing going 22/36 with no touchdowns and no interceptions; he also rushed for 64 yards on eight carries.  The Rams won the game 23-16.

Super Bowl XXXIX: Donovan McNabb (Philadelphia Eagles)—Although Donovan McNabb received much criticism in Philly for not winning the big one, no other quarterback in the “City of Brotherly Love” ever accomplished what he did under center.  McNabb got the Eagles to four consecutive NFC Championship games, finally breaking through that glass ceiling in 2004.  His reward was the “golden boy” of the 21st century, Tom Brady of the New England Patriots.  While Brady will definitely go down in history as the better quarterback, and one of the best of all time, McNabb still has to be appreciated for his success in the pocket for so many years.  According to ESPN.com, McNabb threw for 357 yards (30/51) and three touchdowns, but also threw three interceptions.  The Patriots won the game 24-21.

Super Bowl XLVII: Colin Kaepernick (San Francisco 49ers):  Last year’s Super Bowl in New Orleans just was not meant to be for the 49ers and Colin Kaepernick.  It was Ray Lewis’ last game, and even when the 49ers had the momentum, the lights went out in the Mercedes Benz Superdome, eventually shifting the momentum back to Jacoby Jones, Joe Flacco and the rest of the Baltimore Ravens.  According to the Pensacola News Journal, Kaepernick threw for 302 yards, going 16/28 with one touchdown and one interception.  He also used his mobility to run for 62 yards and one rushing touchdown on seven carries.