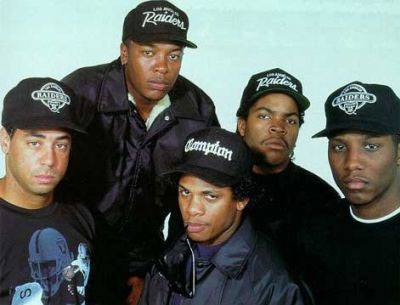 Perhaps since Vince Lombardi and the Green Bay Packers, no individual has been as deeply associated with a professional football team as Al Davis with the Oakland Raiders.

It could be said that Davis was the personification of Raiders football until his passing on Oct. 8. Indeed, the Raiders could do a lot worse than replacing the pirate decal on the side of their helmet with a likeness of Davis.

Much like Oakland counterpart Billy Beane of Moneyball fame, Davis was always searching for an edge to help his small market team with fewer financial resources get to the top.

Instead of arcane statistical analysis, Davis’s edge was in understanding the contribution that could be made by African American and Latino players and coaches and exploiting that advantage to success on the football field.

Davis was an equal opportunity employer without the government mandate. He was an industry leader in scouting historically Black colleges and universities for players and was the first to draft an African American quarterback (Eldridge Dickey in 1968) in the first round. Art Shell was the first African American head coach in the NFL since 1925.  Tom Flores was the first Latino head coach in NFL history, and current team chief executive Amy Trask is the first woman to run the day-to-day operations of an NFL team. All were selected for the Raiders by Davis.

It was also Davis that came up with silver and black as the colors of Raiders football. The team’s original primary color was brown, until Davis was hired as head coach in 1963. The color scheme, the pirate logo, the fan base and the homes of Oakland and Los Angeles made the Raiders a natural for the hip-hop culture of the 1980s and 1990s.

N.W.A. was known as the world’s most dangerous group and was banned from certain radio stations due to their graphic and explicit lyrics. Yet this group was still able to sell over nine million records, and ranked 83rd of Rolling Stone’s “100 Greatest Artists of All-Time.”

N.W.A wore Raiders gear as if it was their logo; this is a reason why the Raiders are associated with the gangster image, that and being based in Oakland and South Central Los Angeles. And at the root of it all is Davis.

Ice Cube was a member of N.W.A., and is also a Raiders fan. Cube, whose real name is O’Shea Jackson, has made a documentary about his old group’s connection to the Raiders: “Straight Outta L.A.,” a pun on N.W.A.’s 1988 debut album, “Straight Outta Compton.” The film premiered at the Tribeca Film Festival and has aired on ESPN as part of the network’s “30-for-30” series.

“It was a team we could identify with, from the neighborhood that we came from,” says Cube. “The Lakers was real glitzy and glamour; the Dodgers were seen as a little out of reach. But the Raiders, it seemed like my uncles played for the Raiders.”

The Raiders, who made the Los Angeles Coliseum home from 1982-1994, were appealing because they were good (they won the Super Bowl in 1976, 1980 and 1983), a little brash and, thanks partly to Davis, had something of a renegade attitude about them. The silver and black colors, with a pirate logo, also fit the violence of Compton, Calif.

“To me, they were always known as the bad boys of the NFL,” Cube says. “It was some kind of crazy synergy.” Before they knew it, N.W.A. would play in Denver and elsewhere and see Raiders jerseys everywhere. Raiders merchandise began selling wildly.

But the love affair among hip-hop, Los Angeles and the Raiders did not quite last. The team developed a thuggish reputation and moved back to Oakland not long after the L.A. riots in 1992.

Former Raiders linebacker Rod Martin says in the film that he thought N.W.A. was “too hardcore” and was not “a good advertisement” for Raiders football. Since then, many rappers have sought to associate themselves not with a sports team’s apparel, but their own gear.

Still, while it lasted, the Raiders successfully crossed over and were a cultural phenomenon beyond the gridiron. It was as if those who followed N.W.A. knew that Davis and the Raiders were about inclusion, equality and fun. Raiders’ football under Davis was, “Just win, baby.” That approach, along with the colors and the rest, resonated with the hip-hop movement and may be an underrated element of Davis’s legacy.