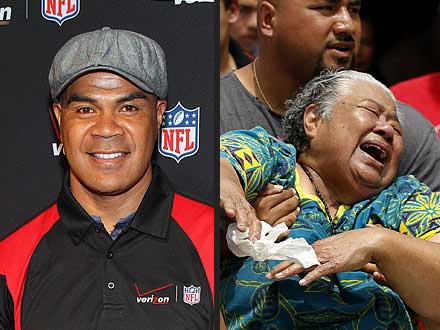 Will Football Concussions Give Parents a Headache?

By any measure, football is the most popular sport in the United States. It generates the highest television ratings, the most revenue, inspires breathtaking levels of legal and illegal gambling, and has by itself created quasi national holidays every Super Bowl Sunday and BCS Championship Game.

Unfortunately, none of that is making football-related news right now. Thanks to the recent suicide of Junior Seau, the career-ending concussions of several players including ESPN’s Merrill Hoge, and the dementia related deaths of well known players like John Mackey, football concussions are front and center in the media. Two-time NFL MVP Kurt Warner even went so far as to say that he would resist the idea of his sons playing football because of the danger inherent in the game.

Of course very few people are ever faced with a go-no-go decision when it comes to NFL football. In a typical season, the league runs through about 2,000 players which is just a tiny fraction of those who start out in youth leagues.  The real decision for most occurs around ninth grade when a young boy, with his parents, decides whether or not to play high school football.

As with most youth sports, high school football is in part a race to puberty. By age 15, a few boys have become young men physically. Players can often weigh well over 200 pounds and run the 40-yard dash in under five seconds. That is a combustible combination that can lead to injuries, including football concussions. Still, there are few things as exciting for an adolescent male as running through the goal posts on a Friday night with thousands of people cheering as he and his teammates pursue a testosterone addled common goal.

What is a parent to do?

For some, like Mitch and Shelley Shatzen in Irvine, Calif., it’s a matter of letting the boy play and hoping for the best, figuring that the experience and the memory would outweigh the risk. The Shatzens have four children, three of which are boys, with the youngest a freshman in college.

“High school football is one of many calculated risks we assess for our children,” Mitch said. “When Max, our youngest of three sons, announced he wanted to join his closest friends on the JV football team, his mother and I gave our permission and watched every game with our fingers crossed. If we had it to do over, we would not have changed a thing. When the football season ended, he returned to his favorite participant sports of lacrosse and roller hockey. Our fingers remained crossed and his memories of high school athletics are very rich.”

For Dave Sarver of Danville, Calif., football was more of an impediment to his son’s opportunity in baseball. Sarver held Oakland Raiders season tickets before the team moved to Los Angeles and remembered the violence of those games.

“I wasn’t going to let Sam play in high school and affect his chance to play baseball. I was concerned about injury, but more about having a knee blown out, not a concussion,” explained Sarver. “My decision not to allow Sam to play football was formulated decades before increased awareness of concussions. When I saw the ‘Jack Tatum’ approach (dirty knockout vs. clean hard hit) start to permeate the game in the 70s, I decided then I wasn’t going to risk it.”

Other parents are raising multi-sport stars and football is just part of the picture. Mason Melin is a junior at Monte Vista High School in Danville who has played football, soccer and baseball for the school; starting at tight end for the football team and in the outfield for the baseball team. His father, Barry, sees injury risks in all the sports but believes that participation has value despite the injury risk. The Melins have seen more severe head injuries in soccer than in football, but take the risks in all the sports seriously.

“For me it is weighing the positives and life lessons of sports, versus the potential for head trauma.  I do not think the concern is overblown,” Barry Melin said.  “I am glad that the coaches and doctors are looking at it.  It is making them make small decision early like taking kids out for one or two games for a small concussion that I think is helping to raise awareness and prevent injuries.  And I also think the heightened concern is helping parents make the call earlier to stop their child from participating in their sport when he/she has suffered head trauma.

“The days of sucking it up are gone.”

News relating to football concussions is not going away. More former pro and even college players will discuss how their post-playing lives have been affected by football injuries. The ultimate showdown might not involve individual parents making decisions for their sons. More likely, youth and high school football might become uninsurable and fewer and fewer schools and organizations will be able to accept the risks inherent in the game.