Could Not Put Ring On It: Best NBA Teams to Lose in NBA Finals 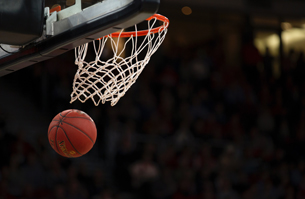 Some of the most talented teams in NBA history failed to win the NBA championship.

But how some of the most talented teams in NBA history failed to win a championship is still hard to fathom.

As the 2018-19 NBA regular season winds down and the playoffs begin, RegalMag.com went back into its time machine to remember some of the most talented teams in NBA history to come up short in the NBA Finals.

With the Golden State Warriors still dominating the NBA, many of the great teams of this era like the Houston Rockets, Boston Celtics and Toronto Raptors have their work cut out for them if they want to win a championship ring.

Those aforementioned teams want to go down as the best that ever was and not the best that never was so they do not end up on the list below.

2011-12 Oklahoma City Thunder—To have a team with three future NBA MVP’s on the roster and not win an NBA championship seems unfathomable. However, when that team comes up against a determined LeBron James, Dwayne Wade and Chris Bosh, winning an NBA championship becomes harder than it already is. But the way the talented Thunder went down with James Harden and Kevin Durant failing to step up under the bright lights has followed the Thunder threesome throughout their career. To this day, Russell Westbrook is arguably the only one of the Thunder trio to garner universal respect for his big game ability and tenacity. Durant had to join an existing NBA superstar team in the Golden State Warriors to win his rings. And Harden has become arguably the best one-on-one player in NBA history. But he still fails to show up fully in the playoffs.

1994-95 Orlando Magic—The 1994-95 Orlando Magic symbolized the cliché of not putting the cart before the horse. During the 1994-95 season, the Magic swept their Finals opponent, the Houston Rockets, during the regular season. Orlando had just beaten Michael Jordan and the Chicago Bulls in the Eastern Conference Finals. The Magic even carried former Bulls forward Horace Grant off the court in jubilation after beating the “invincible” Bulls. Several players like Shaquille O’Neal and Anthony Avent even produced a championship rap song before the NBA Finals began that they planned to release after winning the championship. The only problem is they got swept in the Finals by the Rockets despite having a team featuring O’Neal and Anfernee “Penny” Hardaway. After the next season, the Magic refused to pay O’Neal the amount the Los Angeles Lakers offered and the future dynasty in the “Magic Kingdom” collapsed before it ever got started.

1985-86 Houston Rockets—The late 1980s should have belonged to the Houston Rockets featuring Twin Towers Hakeem (known then as Akeem) Olajuwon and Ralph Sampson. In the 1986 Western Conference Finals, Sampson shocked the defending champion Los Angeles Lakers with a last second shot in Game 5 to send the Rockets to the NBA Finals against one of the best teams in NBA history, the 1985-86 Boston Celtics. Although the Rockets lost to the Celtics in six games, Celtics like Bill Walton knew that the future belonged to the Rockets. Unfortunately, the Rockets’ seemingly inevitable reign as champion did not happen until 1994. The Rockets of the late 1980s fell apart because of injuries to Sampson and drug abuse by John Lucas, Lewis Lloyd and Mitchell Wiggins.

2015-16 Golden State Warriors—How does a team win 73 games in an 82 game season and still lose the NBA championship? How does a team featuring Stephen Curry, Klay Thompson and Draymond Green not win the ring? The answer is LeBron James, Kyrie Irving, Kevin Love and the 2015-16 Cleveland Cavaliers. The Cavaliers overcame 1-3 deficit in the NBA Finals, winning three straight games to dethrone the mighty Warriors. Who can forget James’ block against Andre Iguodala? Who can forget Irving’s three in Curry’s face to ice the championship? The Warriors and their fans probably wish they could forget.

1976-77 Philadelphia 76ers—Like the mighty Warriors that lost to the Cleveland Cavaliers in the 2016 NBA Finals, the 1976-77 Philadelphia 76ers had a loaded team that just could not get over the hump. While the 2016 Warriors lost because they played against the best small forward of all time in LeBron James, the chemistry needed to win a championship did not exist for the extremely talented Sixers of the 1970s. A team featuring Julius Erving, Doug Collins, World B. Free, Darryl Dawkins, Caldwell Jones and George McGinnis as stars should not have lost to the Portland Trailblazers. But a pivotal fight between Maurice Lucas of Portland and Dawkins changed the momentum of the series, and the Blazers ended up winning the series 4-2.

1968-69 Los Angeles Lakers—It’s a shame that Lakers legend Elgin Baylor never won a championship. Perhaps the 1968-69 Los Angeles Lakers put the cart before the horse too, inspiring an aging Boston Celtics team to win their last championship in the Bill Russell era. Reportedly, Russell and the Celtics saw a memo that said when the Lakers won the championship, confetti would fall from the rafters of The Forum and the University of Southern California band would play “Happy Days are Here Again.” Well, that never happened and a team starring Baylor, Wilt Chamberlain and Jerry West came up short, losing to their biggest rivals 4-3 in the 1969 NBA Finals.

2003-04—Granted when Karl Malone and Gary Payton joined a Los Angeles Lakers team that already featured Shaquille O’Neal and Kobe Bryant, they had seen their better days. But it is hard to get the image of Lakers point guard Derek Fisher crying on the Lakers bench as the Detroit Pistons wrapped up the championship out of one’s head. The Lakers of 2003-04 defined star-studded. However, they never got the diamond-studded championship ring that many believed they would inevitably win. A group of individuals in Los Angeles lost to a true team from Detroit. The Pistons led by Chauncey Billups Richard Hamilton, Tayshaun Prince, Ben Wallace and Rasheed Wallace defined defense and teamwork. And as the old saying goes, defensive wins championships.