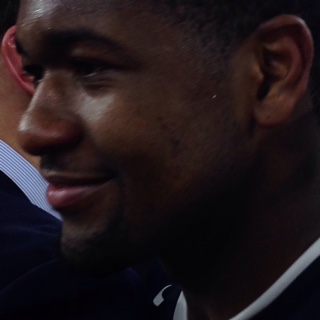 Out of nowhere, Final Four seat covers started flying all over the joint as North Carolina Tar Heel fans erupted in euphoria.

One seat cover grazed me before landing on the press table.

Right after the Paige shot, I leaned over to a fellow journalist and stated that I knew something big was going to happen.

Something monumental had to happen.

I was on hand for the 2011 Final Four in Houston at what was then known as Reliant Stadium.

One commentator stated that the 2011 championship game between Butler and UConn was like watching paint dry.

To which Clark Kellogg responded, that was not fair to the paint.

Even the 2016 semifinal games were boring except for diehard Texas natives who hate the Oklahoma (OU) Sooners or ZerO U as my Texas A&M Aggie friends refer to them.

However, for some reason, I knew that 4.7 seconds was enough time for Villanova to attempt one more shot at “One Shining Moment” glory.

When Villanova power forward Kris Jenkins received the last pass from Ryan Arcidiacono, I shouted, “bucket” to my colleague about three times before the ball went in.

Then I raced to the court to be a part of history.

In 2011, I was on the court when the UConn Huskies enjoyed their one shining moment by cutting down the nets in the home of the Houston Texans.

But this game was different because of Kris Jenkins’ miraculous shot.

And for those who were fortunate enough to be a part of history, one could not have left the stadium without a smile on their face except for diehard Tar Heel fans.

To be courtside and watch the parents and players cry for joy was inspiring.

Walking past Kris Jenkins, and almost standing eye-to-eye with him, would make any normal human being believe that all things are possible and all dreams can come true in an instant.

Kris Jenkins stated that his teammates chanted “attitude” after they left the final timeout because attitude was all that they could control.

However, with the right attitude Kris Jenkins showed that the direst situations could turn into the things dreams are made of with the right frame of mind.

He knew the game-winning shot was good.

And sitting with the press, I knew the shot was good.

The positive attitude preached by Wright and the Villanova Wildcats should transcend sports and be a mantra for life.

Although people get down and are sometimes counted out, with the right mindset one can succeed and thrive when their one shining moment occurs.

While many might think that using sports, as a microcosm for life is melodramatic, both North Carolina and Villanova fought like champions and that’s what people must do when chasing their dreams.

When all seems lost, our shining moment might happen.

And although there is a winner and loser in sports, it is just like life in the fact that everyone can win in the end.

Despite losing the championship game, there is always next year for Roy Williams and the Tar Heels.

For the seniors, the NBA or overseas basketball might be in their future with more opportunities at glory.

The ultimate eruption from the Villanova faithful was even more euphoric than the premature celebration for those in Carolina blue.

To see all of the Wildcat supporters in tears symbolized all of those who supported our dreams during the lean years.

And the shot by Kris Jenkins symbolized being immortalized for all of the blood, sweat and tears it took to reach that shining moment.