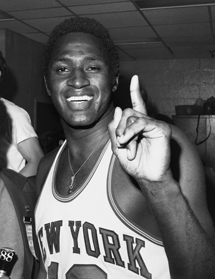 The state of Louisiana is known more for producing great talent on the football field than on the basketball court.

Nevertheless, the state has produced some great basketball talent as well.

Even some of the best college basketball players of all time have come to the state to play on the hardwood like Pete Maravich, Chris Jackson (Mahmoud Abdul-Rauf), Shaquille O’Neal and Ben Simmons.

While the aforementioned LSU Tigers were not born and/or raised in Louisiana, many of the best NBA players of all time were raised in “The Boot” as the locals call it because the state resembles a boot on the United States map.

So, in honor of some of the best basketball players from a traditionally football state, RegalMag.com presents its All-Time, All-Louisiana NBA team, complete with starters and reserves.

Check out RegalMag’s list, and let the publication know what it got right and what it got wrong.

All stats are via Basketball-Reference.com.

PPG is for points per game.

RPG is for rebounds per game.

And APG is for assists per game.