Greatest Basketball Players of All Time: Bird vs. ‘Melo’ 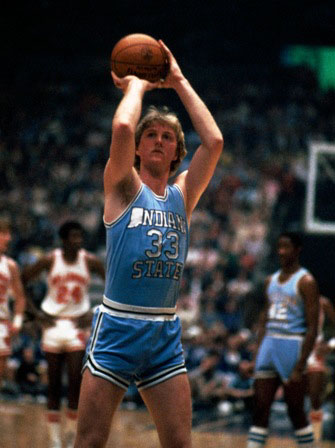 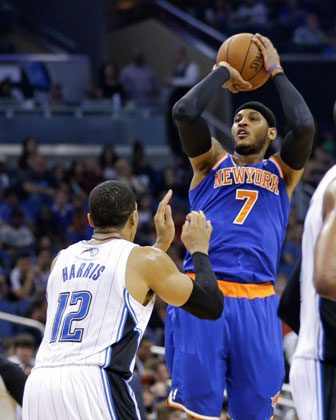 Regal Magazine has been bringing together some of the greatest basketball players of all time, and bringing them together to go against one another in a one-on-one basketball tournament.

We already put Julius Erving up against Kobe Bryant and Clyde Drexler up against Kevin Durant.

So far it’s been the new school of basketball players going against the old school.

Next, we put Larry Bird up against Carmelo Anthony.

When stacking these two players against one another, some fans thought the decision was a tough one. One great player from the past and another from the present were hard to choose a winner from.

“This one is tough. While Larry is a legend in his own right, ‘Melo’ would be an ideal player for a one-on-one setting,” said 25-year-old Juan Gonzalez. “He’s just so good at scoring.”

Some fans like 20-year-old Michael James thought that Anthony would be no match for one of the greatest of all time, Bird.

“Larry Bird is a legend for a reason. While ‘Melo’ is good, he is no Larry Bird,” said James. “’Melo’ won’t be able to hang with him. There’s just no way.”

But not everyone agrees. A lot of fans believe that Anthony may not be one of the greatest basketball players of all time, but he is built for situations like this.

Anthony’s abilities in a one-on-one matchup would be too much for even Bird to handle on the court.

“’Melo’ might not be doing his thing with the Knicks right now, but a one-on-one setting is what he’s made for. ‘Melo’ would take the cake here,” said 23-year-old Devaunte Brown.

“Carmelo would beat most people in a one-on-one game point blank, period,” said 23-year-old Chris Johnson. “Larry Bird is a legend, don’t get me wrong. But Carmelo is just an overall well-rounded scorer.”

Fans were torn between who would win in a one-on-one matchup between Bird and Anthony, but Anthony came out on top.

Both players are two of the greatest basketball players of all time and both have their strengths on the court.

But many believe that Anthony would be a better one-on-one player and would come out the winner in this matchup.