Greatest Basketball Player of All Time: ‘Magic’ vs. LeBron 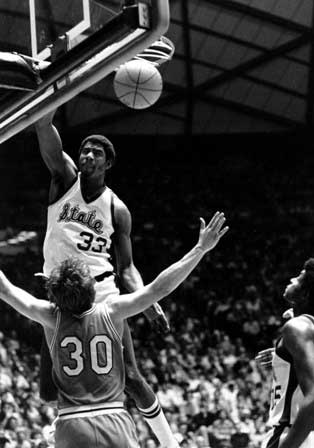 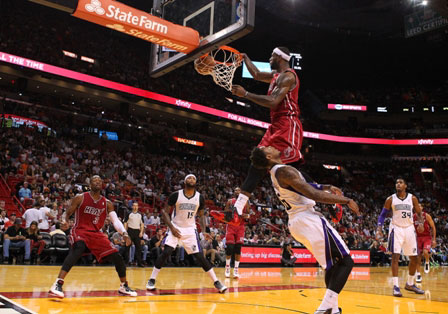 It’s been a battle of the old verses the new as Regal Magazine tries to determine the greatest basketball player of all time sans Michael Jordan.

We have put together some of the best basketball players of all time from the old school against the players from the new school in one-on-one battles.

We took it to the fans to see who they thought would make it out on top.

So far we have had Kobe Bryant go against Dr. J, Kevin Durant against Clyde Drexler and Carmelo Anthony against Larry Bird; definitely some of the best basketball players of all time.

In this battle of what appears to be old verses new, the new generation of greats came through with the win as fans thought that Bryant, Durant and Anthony would all walk away with wins.

In the last first round matchup, we put LeBron James up against Earvin “Magic” Johnson in a one-on-one battle to determine the greatest basketball player of all time.

It may appear that these two powerhouses would be a good matchup for one another, but many fans thought it was pretty clear who would walk away the winner.

“No one and I mean no one is getting past LeBron James in a one-on-one game, even Magic Johnson himself,” said 20-year-old Michael James. “Magic will put up a fight, but LeBron will simply outscore Magic.”

“LeBron would definitely win this one,” said 23-year-old Devaunte Brown. “LeBron will be able to score more than Magic and play heavy (defense). Magic won’t be able to get past LeBron.”

“LeBron would win this game, but it would be a tough matchup if Magic was in his prime,” said 23-year-old Chris Johnson. “Magic (was) such a versatile player. He had his jump hooks and a crazy handle on the ball, but LeBron’s called ‘King James’ for a reason.”

“I think these two players would bring the best out of each other on the court. It’ll be a great matchup, but LeBron would definitely win,” said 25-year-old Juan Gonzalez.

“LeBron would win this matchup,” said 19-year-old Wesley Douglas. “Very few people would be able to even compete with LeBron, and Magic wouldn’t be one of them. He’s more athletic, stronger and a better scorer than Magic.”

The decision was unanimous to fans. Everyone felt as though James would most definitely come out the winner if he played Johnson in a one-on-one matchup.

Both players could stake their claim as the greatest basketball player of all time, but many felt as though Magic would not be able to keep up with “King James” in his prime.

Therefore, James, Anthony, Durant and Bryant will now advance to the next round to determine the greatest basketball player of all time.