Best Basketball Players of all Time Battle: Clyde vs. KD 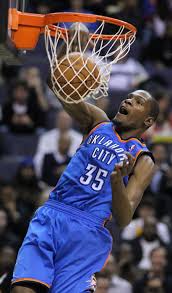 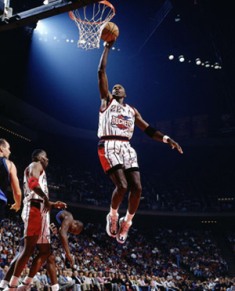 Clyde the Glide vs. KD

We’ve been putting the best basketball players of all time up against one another to see how they would fare in a one-on-one battle.

When stacking Julius Erving up against Kobe Bryant, Dr. J proved to be no match for the Mamba. While both are viewed as two of the best players of all time, they came from two different times in which Kobe proved to be in a tougher era.

Next up, we put Clyde Drexler up against Kevin Durant for a one-on-one game.

These are also two players from two different periods in time.

Drexler had the potential of being one of the best basketball players of all time. For Durant, he is still in control of his own destiny.

Whether or not he will go down as one of the best basketball players of all time is completely up to him and what he is able to do within the next few years. But how would these two stack up against one another? We asked fans.

For fans like 25-year-old Juan Gonzalez, the decision was pretty tough to pick between the two.

“That’s definitely a tough one since those two are pretty similar,” said Gonzalez. “KD would probably take that one because (he) is one of the greatest perimeter scorers of all time.”

But for some fans, the decision was a lot clearer. Many believe that there is no question that Durant would come through as the winner.

“Kevin Durant would most definitely beat Clyde Drexler,” said 23-year-old Chris Johnson. “He’s still so early in his career and I don’t think we’ve even seen everything he has to offer just yet.”

“Hands down Kevin Durant,” said 23-year-old Devaunte Brown. “He’s an unstoppable force and he’s made for one-on-one games. Not too many people would be able to get past him in a one-on-one matchup.”

However, not everyone agrees. Michael James, 20, believes that while Durant is a great athlete, he would be no match for Drexler.

“KD is good, but not that good,” said James. “Clyde Drexler was up against Michael Jordan and he’s still considered an all-time great. He’d have his way with Durant.”

The winner in this matchup was not unanimous, but most of these fans agree. Many of them believe that Durant is one of the best basketball players of all time and he has enough talent to get past Drexler. KD advances to the next round.