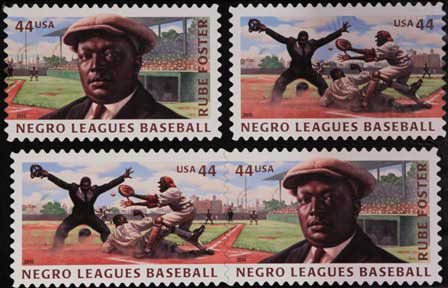 As Regal Magazine readers know better than most, social progress is not free. And while we all hail the success of Jackie Robinson in breaking Major League Baseball’s color line in 1947, it should be remembered that his success led to the destruction of the Negro Leagues, a thriving, high-profile business venture mostly owned and operated by African Americans.

The Negro Leagues were a response to the barring of Blacks from organized baseball beginning in the 1880s. A few Black players appeared in the Major Leagues in the 19th century, most notably Moses Fleetwood Walker, his brother Welday Walker, Frank Grant, George Stovey, and Robert Higgins. By 1888, refusal of influential Whites like Cap Anson to take the field against Black opponents along with marketing concerns led to an unofficial color line that organized baseball owners chose not to cross until after World War II.

For the next 20 years, Black baseball was mostly a barnstorming affair with teams made up of the best Black players that could be found taking on similar opponents throughout the summer and into the fall. During this period the teams were run by Whites. That changed when star pitcher Rube Foster leveraged his mound talent and his strategic acumen to take over ownership of the Leland Giants. As early as 1910, Foster started talking about the concept of an all-Black league. The one thing he was insistent upon was that Black teams should be owned and operated by Black men.

Foster’s vision and struggle were put on hold due to the manpower pressures brought on by World War I. However, there was a silver lining. Manpower needed by the defense plants and industry accelerated the migration of Blacks from the South to the North. This meant a larger and more affluent fan base with more money to spend on diversions like attending baseball games. By the end of the war in 1919, Foster was again ready to start a Negro baseball league.

On February 13 and 14, 1920, talks were held in Kansas City that established the Negro National League and its governing body the National Association of Colored Professional Baseball Clubs.  The league was initially composed of eight teams: Chicago American Giants, Chicago Giants, Cuban Stars, Dayton Marcos, Detroit Stars, Indianapolis ABC’s, Kansas City Monarchs and St. Louis Giants. Foster was named league president and controlled every aspect of the league, including which players played on which teams, when and where teams played, and what equipment was used (all of which had to be purchased from Foster). Foster, as booking agent of the league and ace entrepreneur, took a five percent cut of all gate receipts.

As with many early 20th century startups, the Negro National League ebbed and flowed over time with teams coming and going. Players would often jump teams for more money offered by barnstormers, and several times the league faced a bleak future. Challenger leagues like the Eastern League, the East-West League and Negro American League were established, with some of those folding.  The real story for Black baseball, though, was on the field.

The Negro Leagues between the World Wars provided a forum for future Hall of Famers like Satchel Paige, Josh Gibson, Cool Papa Bell, Leon Day, Willie Wells and Ray Dandridge.  Without the vision of Foster and other Black owners, these stars would not have had the forum to showcase their talents. These players formed all star teams that more than held their own against White all star winter traveling teams led by Dizzy Dean and Bob Feller. Because of these games, it was becoming clear that Blacks could succeed against Whites on the field.

The Negro Leagues also produced an annual showcase at Comiskey Park in Chicago called the East-West game. In that contest the very best the Negro Leagues had to offer would perform in an all star game that was able to attract sellout crowds during the depths of the Depression.

How good were the Negro Leagues? According to Dandridge in the book Dandy, Day and the Devil, “If we took an all star team into the major leagues we would have won going away. If individual Negro League teams went up it could have been rough. We did not have the pitching depth that major league teams had, and we sometimes had much weaker hitters at key defensive positions like catcher and shortstop.”

By 1946 the Negro Leagues were a thriving Black enterprise usually with about 16 teams playing up and down the east coast and in the Midwest. The teams were a reasonable approximation of the major leagues, with less money, worse travel conditions and the lack of playing depth that came from a talent pool that represented only about 10 percent of the American population. Games were often held in major league and Triple A ballparks and the enterprise provided jobs for Black athletes, grounds keepers, vendors, sportswriters and others.

Once Robinson succeeded with the Brooklyn Dodgers and others followed that all changed. The Black media of the day focused on the performance of African Americans in the Major Leagues, and the fans’ attention soon followed. The Negro National League folded in 1948. Some individual teams tried barnstorming, lost money and folded by 1950. The Negro American League was the only “major” Negro League operating in 1949. Within two years it had been reduced to minor league caliber and it played its last game in 1958. With the folding of the Negro Leagues, a lot of African Americans in the 1950s had to look elsewhere for employment and usually wound up working for businesses owned and operated by Whites.

Willie Mays, Hank Aaron and Ernie Banks played briefly for Negro League teams, mostly as teenagers in the years following Robinson going to the Dodgers. Most of those who played in the golden age between the wars are gone. At Regal we celebrate Black enterprise and in that spirit encourage our readers to take a moment to reflect on the Negro Leagues as one of the great Black enterprises from the days before the civil rights movement took hold.