Diamonds in the Rough: Best HBCU Baseball Players of All Time 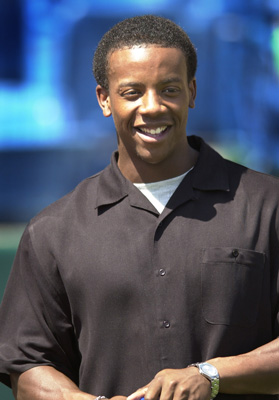 If baseball represents America’s pastime, the sport is an even more distant past in the African-American community.

Because of the popularity of football and basketball, baseball has found itself in the background in many African-American communities.

However, once upon a time African-Americans dominated the sport of baseball, and Historically Black Colleges and Universities (HBCU) produced some of the best ever to play in the Major Leagues and the Negro Leagues.

So as the 2016 NCAA baseball season gains steam, RegalMag.com pays homage to those HBCU alums that helped the game become America’s pastime while breaking barriers and records in the process.

The team was selected based on their position in college and/or the pros and includes those who played for an HBCU or simply graduated from an HBCU.

Outfield: Lou Brock (Southern)—The former Southern University star played 19 years in Major League Baseball with the Chicago Cubs and St. Louis Cardinals.  The Hall of Fame member broke Ty Cobb’s stolen base record in 1977.  Although he only hit .189 in his first year with the Jaguars, his batting average ballooned to .500 the next year.  Southern won the NAIA baseball championship his junior year and after a tryout with the Cubs he signed as an amateur free agent in 1960.

Outfield: Andre Dawson (Florida A&M)— Humble beginnings can sometimes lead to historic results.  Dawson attended Florida A&M University (FAMU) from 1973-1975 before the Montreal Expos drafted him in the 11th round of the 1975 Major League Baseball (MLB) draft.  Although he also played for the Florida Marlins and Boston Red Sox, his glory days occurred during his tenure with the Chicago Cubs.  The Hawk ended his pro career with 438 home runs.  He won the National League MVP in 1987.

Outfield: Tommie Agee (Grambling State)—It took only one season as a Grambling State Tiger for Tommie Agee to get courted by Major League Baseball.  He is perhaps remembered for two of the greatest catches in World Series history with the Mets in 1969.  But his career was more than just a couple of highlights.  From 1962-1973 he played for the Indians, White Sox, Mets, Astros and Cardinals.  His career batting average was .255 with 130 home runs and 433 RBI.  According to his coach Dr. Ralph Waldo Emerson Jones, Agee’s first four at-bats for Grambling were all home runs.

First Base: Eric Crozier (Norfolk State)—Historically, Norfolk State is known for basketball greats like Bob Dandridge and “Pee Wee” Kirkland, but Eric Crozier is proof that the school knows more than hoops.  The Cleveland Indians drafted the first baseman in the 41st round of the 2000 MLB Draft.  The Indians traded him to the Toronto Blue Jays in 2004.  Crozier made his major league debut on Sept. 4, 2004.

Second Base: Rickie Weeks (Southern)—Virtually no other HBCU product has had as celebrated a college career as Rickie Weeks had as a Southern Jaguar.  According to SportsWriters.net, “Over his last 107 games in college he batted .488 with 36 home runs and 162 RBI for an average of 1.55 runs batted in each outing.”  He won every player of the year award conceivable his last season in Baton Rouge, La.  The Milwaukee Brewers selected him second overall in the 2003 draft.  He made the All-Star team in 2011 and currently plays for the Arizona Diamondbacks after playing last season for the Seattle Mariners.

Infield: Grady “Dip” Orange (Wiley College)—There was a time when HBCUs provided some of the most talented players to the Negro Leagues.  Few were as talented as “Dip” Orange who played throughout the entire infield.  The nickname “Dip” was short for diploma.  The Alexandria, La. native made his Negro League debut in 1925 with the Birmingham Black Barons.  Orange played his last game in 1931 with the Kansas City Monarchs.  He also had stints with the Cleveland Tigers and Detroit Stars.  After his baseball career, Orange graduated from medical school.

Shortstop: Angel Rosa (Alcorn State)—The 6-2, 180 pounder from Guaynabo, Puerto Rico represents the new wave of baseball talent coming from HBCUs.  No longer exclusively known for Black talent, baseball programs at HBCUs boast talent from all communities.  Rosa was a 13th round pick in the 2013 MLB draft by the Los Angeles Angels.  At Alcorn, he batted .293, .362 and .415 over his three seasons according to Scout.com.

Catcher: Earl Battey * (Bethune-Cookman)—Winning three consecutive Gold Gloves from 1960 to 1962 solidified Earl Battey as one of the best catchers of his era.  Although he did not play college ball, the Chicago White Sox drafted Battey in the 1953 amateur draft.  In addition to the White Sox, he also played for the Minnesota Twins and the Washington Senators.  The five-time all-star returned to college in 1980 because of a promise made to his mother.  He graduated from Bethune-Cookman College and pursued a career in education.

Pitcher: Joe Black (Morgan State)—Joe Black will always be remembered in history as the first Black pitcher to win a World Series game.  Known affectionately as “Joe Chico,” Black propelled the Brooklyn Dodgers into the World Series with his stellar play on the mound.  While at Morgan State, he was an All-American and All-CIAA selection.  In the Negro Leagues, he helped the Baltimore Elite Giants win two championships in seven years.  He also played for the Cincinnati Redlegs (Reds) and Washington Senators.

Designated Hitter: Hal McRae (Florida A&M)—Known more for a clubhouse rant as a coach for the Kansas City Royals, Hal McRae was a great left fielder before injuries forced him to DH for most of his career.  Hal McRae holds the distinction of being the first FAMU player to make it to the majors.  He played for the Rattlers from 1964-1965.

*Battey went straight to the pros after high school but later returned to Bethune-Cookman College to pursue a degree in education.