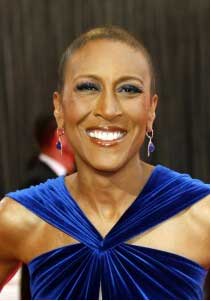 Robin Roberts, co-anchor of ABC’s “Good Morning America,” will be the keynote speaker at the Beacon Awards Luncheon, where Dr. Maya Angelou, Berry Gordy and Jim Brown will be honored, as part of the series of events for the 2014 Civil Rights Game, co-hosted by the Houston Astros. Additionally, singer/songwriter Aloe Blacc will perform one song and, in the spirit of the event, Grammy Award-winning violinist and UN Goodwill Ambassador Miri Ben-Ari will perform her song “Symphony of Brotherhood,” featuring Rev. Dr. Martin Luther King, Jr. and the iconic “I Have A Dream” speech. Tickets for the MLB Beacon Awards Luncheon, which will be on Friday, May 30th (Noon Central Time) at the Hilton of the Americas, are available at MLB.com/civilrightsgame and Astros.com/civilrightsgame.

Blacc also will perform two songs on-field prior to the Civil Rights Game at Minute Maid Park, the home of the Houston Astros, and part of his performance will air on MLB Network. The MLB Beacon Awards Luncheon is one of the Civil Rights Game events, which were developed by MLB to pay tribute to those who fought on and off the field for equal rights for all Americans. Accordingly, the MLB Beacon Awards recognize individuals whose lives and actions have been emblematic of the spirit of the civil rights movement. Proceeds from the MLB Beacon Awards Luncheon will benefit charities to be announced at a later date. The 2014 Civil Rights Game will be played between the Astros and the Baltimore Orioles at Minute Maid Park on Friday, May 30th, airing nationally on MLB Network.

Robin Roberts is co-anchor of ABC’s “Good Morning America,” bringing more than 20 years of broadcast experience to the Emmy Award-winning show. Since joining the program in 2005, she has conducted headline-making interviews with countless musicians, authors, athletes and celebrities. In addition to her daily contributions to “GMA,” Roberts has done extensive reporting around the globe including a trip to the Middle East with former First Lady Laura Bush, who was on a mission to raise awareness about breast cancer in the Muslim world, to Africa with former President Bill Clinton for a first-hand look at the AIDS crisis in that part of the word, to Haiti in the wake of the devastating earthquake and much more. Prior to joining ABC, she was a contributor to ESPN for 15 years and was one of the network’s most versatile commentators including hosting “SportsCenter” and contributing to NFL Primetime.

Roberts is an inspiration to many, having used personal challenges and triumphs to raise awareness of important issues around the world. In recognition of her very public and courageous battles against breast cancer and more recently a rare bone marrow disease, she has been acknowledged with awards and honors from organizations around the country, including: The Susan G. Komen Foundation; The Congressional Families Cancer Prevention Program; and Gilda’s Club, a non-profit organization founded by the late Joel Siegel. She also received the 2013 Arthur Ashe Courage Award at the ESPY Awards on July 16th, 2013.

Aloe Blacc will release his major-label debut album titled Lift Your Spirit on Tuesday, March 11th XIX Recordings/Interscope Records. The set follows Blacc’s collaboration as vocalist and co-writer on well-known DJ/producer Avicii’s track “Wake Me Up,” a song that hit the Top 5 on the Billboard Hot 100 and #1 on its Hot Dance Club Songs and Dance/Electronic Songs charts, as well as topping charts in more than 100 countries. Blacc’s five-track Wake Me Up EP came out last September and included an acoustic version of the title track. Blacc’s current single, “The Man,” which is featured in the new Beats by Dre national TV campaign, is quickly climbing to the top of the charts with more than one million singles sold. Blacc is featured in the line-up for this April’s Coachella festival and will be touring the U.S. this summer with Bruno Mars. To learn more about Aloe Blacc, visit www.aloeblacc.com and follow him on Twitter (@aloeblacc).

Miri Ben-Ari is a Grammy Award-winning violinist/producer, UN Goodwill Ambassador, humanitarian and the Global Brand Ambassador of Harman Kardon. Originally from Israel, she is a recognized musical pioneer, having created her own unique sound – a revolutionary fusion of classical, soul and dance music.

She has worked with artists such as Kanye West, Jay Z and Armin Van Buuren and has been honored by First Lady, Michelle Obama at the White House as a “Remarkable Woman”. Ben-Ari is the CEO and co-founder of “Gedenk,” a nonprofit dedicated to promoting awareness of the Jewish Holocaust among young people. To learn more about Miri Ben-Ari visit www.miribenari.com, visit Facebook.com/MiriBenAri and follow her on Twitter (@MiriBenAri).