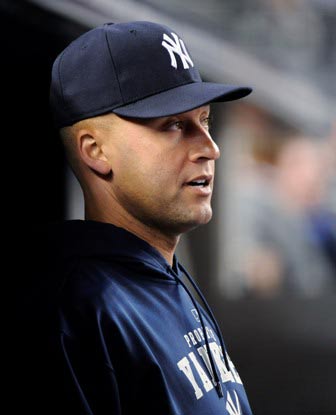 Derek Jeter: The New Pride of the Yankees

Fifty years ago, more than a decade after Jackie Robinson’s debut with the Brooklyn Dodgers, no one would have guessed that the Yankees captain could someday be African American.

The man who ran the franchise, Hall-of-Famer George Weiss, felt that African Americans on the field and in the stands would offend wealthy White patrons from nearby Westchester County.

A few years earlier the Yankees traded promising Black minor leaguer Vic Power because they felt his ostentatious style of play and habit of openly dating White women would not be a fit for the team’s image. Power went on to have a 12-year major league career and made four All Star Teams while winning six Gold Glove Awards for his defensive prowess at first base. He also finished in the top ten of MVP voting three times.

That changed in the 1980s when Willie Randolph succeeded the late Thurman Munson as Yankees’ captain, but it wasn’t until 2003 when Derek Jeter ascended to the role that the face of the New York Yankees franchise was African American.

The Yankees were late coming to the party. Maury Wills was officially named captain of the Los Angeles Dodgers in 1965, and Frank Robinson was appointed manager of the Cleveland Indians in 1975. The Yankees always had a hesitation. Howard was too reticent, Reggie Jackson too divisive, Dave Winfield couldn’t win the big prize in October. The marquee franchise in Major League Baseball and arguably of all U.S. pro sports was consistently behind the curve.

With Jeter, the combination of Hall of Fame talent, clutch play and clubhouse leadership dragged the franchise into the 21st Century as he ascended to the role of Yankees’ captain. “He’s the heartbeat of the team,” teammate Aaron Boone said in 2003. “Jeter represents all that is good about being a leader,” said owner George Steinbrenner upon naming Jeter Yankees’ captain that same year.  “He has a knack for drawing in the personalities on the fringes of the team, mostly with humor,” said New York Times baseball writer, author, and ESPN personality Buster Olney.

Even with these credentials, Jeter’s Yankees’ captaincy has not been without controversy. Upon leaving the Yankees in 2006, former Yankee outfielder Gary Sheffield accused manager Joe Torre in a 60 Minutes interview of running the team in a racist manner by holding African American players to different standards than Torre held White players. Sheffield said Torre called White players into the office to discuss their mistakes while Black players were called out in front of the team. When it was pointed out that Torre and Jeter had an excellent relationship as manager and player/captain, Sheffield argued that Jeter (whose mother is Caucasian) “isn’t all Black” and therefore treated differently. Torre and Jeter would not comment, but other insiders debunked Sheffield’s claims.

Sheffield’s assertions aside, Jeter has been the epitome of strong play and model off-field behavior for the Yankees. As Yankees’ captain, Jeter has also been an effective media spokesperson. He is on track for more than 3,000 hits and many team records. Gehrig may have been commemorated as such in a 1942 movie biography, but to the generation of Yankee fans from the 1990s and into this century, Derek Jeter, African American Yankees’ captain, is The Pride of the Yankees.