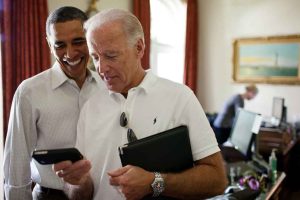 Classified documents from the Obama administration were found at private home and office of current President Joe Biden.

At a time when President Joe Biden wanted to focus on launching his reelection bid, the 46th president of the United States finds himself embroiled in a similar controversy which has ensnared his immediate predecessor.

Staff for the president found classified documents, which date back to his time as vice president during former President Barack Obama’s administration, at the Penn Biden Center Washington, D.C. think tank as well as a garage at his Delaware home.

“Following the discovery of government documents at the Biden Penn Center in November 2022, and coordinating closely with the Department of Justice, the President’s lawyers have searched the President’s Wilmington and Rehoboth Beach, Delaware residences—the other locations where files from his Vice-Presidential office might have been shipped in the course of the 2017 transition. The lawyers completed that review last night,” said Richard Sauber, Biden’s counsel.

Republicans immediately pounced on Biden for his missteps with classified documents and the appearance of a lack of transparency in reporting this information to the public.

Stephen Collison of CNN wrote, “Biden was doomed to face a political furor the moment his lawyers found the first secret vice presidential file in his former Washington office last fall. But by swiftly cooperating with the National Archives, his legal team may have spared him criminal exposure from the discovery—like that potentially facing ex-President Donald Trump over his document haul in Florida.

“But then the botched messaging strategy became more clear—when Americans learned that a second batch of classified material, also dating back to Biden’s time as vice president, had been found in a search of his Delaware home. This detail was communicated to the Justice Department on December 20. And yet the White House didn’t disclose that this week when it spoke about the initial documents found last year in an office Biden previously used at the Penn-Biden Center in Washington. This made it look like it was willing to come clean to the DOJ but not the public.”

When news broke about the initial discovery of Biden having classified documents, the 45th president of the United States did not hesitate to jump into the controversy.

On his Truth Social account, Trump wrote, “When is the FBI going to raid the many homes of Joe Biden, perhaps even the White House? These documents were definitely not declassified.”

When FBI agents executed a search warrant to recover classified documents from Trump’s Mar-a-Lago resort in Florida, the former commander-in-chief justified having the documents by saying that he had declassified them as president.

However, his comments on Truth Social allude to the fact that a vice president cannot declassify material, therefore making the Biden discovery more nefarious.

When the FBI executed the search warrant on Trump’s resort, it uncovered hundreds of classified documents kept past his time in the Oval Office.

On Twitter, Donald Trump, Jr. wrote, “We were told for months that this was treasonous…grounds for impeachment…& meriting the death penalty, yet I have a feeling nothing will happen!?”

Biden’s team said that when they discovered they had classified documents, they immediately turned them over to the Department of Justice.

However, they say Trump kept classified documents despite the National Archives requesting that he return them.

Nevertheless, many Democrats still believe that the discovery of classified documents muddies the political waters for Biden heading towards 2024.

“The special counsel is Robert Hur, who was nominated to be the US attorney in Maryland by then-President Donald Trump in 2017 and he served in the role until his resignation in 2021. He had most recently been working in a private practice in Washington, D.C.”

Garland said, “I strongly believe that the normal processes of this department can handle all investigations with integrity. But under the regulations, the extraordinary circumstances require the appointment of a special counsel for this matter.

“This appointment underscores for the public the department’s commitment to independence and accountability, and particularly sensitive matters and to making decisions indisputably guided only by the facts and the law.”

Whatever the special counsel discovers about the classified documents, the scandal might make it harder for Biden to show voters a contrast between him and his immediate predecessor.

Likewise, Trump having a similar scandal might mute his criticism of Biden in the minds of many voters.

But Democrats will still undoubtedly use the lingering effects of Jan. 6, 2021 as weapon against Trump if he is in fact the Republican nominee for the presidency.

The work of the Jan. 6 committee presented a scenario that showed the former president not only knew he lost the 2020 election fairly.

But that he also used his influence on his millions of followers to get them to overthrow American democracy and reappoint him as commander-in-chief despite losing to Biden by over seven million votes.

After the Republicans did not make as many congressional gains at the midterm election as the GOP had anticipated, new potential presidential stars have begun to receive attention like Florida Gov. Ron DeSantis.

At the same time, many Democrats have questioned whether Biden is the best candidate for them to maintain control of the White House, considering his age and low poll numbers because of inflation and other issues.