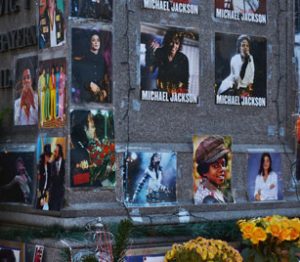 When Michael Jackson released “Thriller” in 1982 he became the undisputed “King of Pop.”

Some of the biggest musicians of all time became bona fide solo superstars in 1982.

From Lionel Richie to Michael Jackson to Prince, R&B music became pop music as even MTV had to break down some of its color barriers thanks to Jackson’s “Thriller” album.

Although the dominance of “Thriller” began in the fourth quarter of 1982, Jackson’s contemporaries like Luther Vandross and Marvin Gaye made sure that R&B stayed at the top of the charts throughout that year too.

In honor of the 40th anniversary of some of the best urban and pop albums of all time, RegalMag.com ranks the top 10 albums of 1982 from pop, R&B, hip-hop and rock.

Honorable Mention: “All This Love” by DeBarge—The Jackson family might go down as the most successful musical family of all time. But the DeBarge family must go down as the most talented family from a vocal standpoint (top to bottom). When Bobby DeBarge fronted Switch, critics knew he had one of the best voices of all time from a male vocalist. And his younger siblings in DeBarge later carried the torch, dropping classic singles like the title cut and “I Like It” from their second album. When El DeBarge hit that high note on “I Like It” it was like Bobby reincarnated into his little brother.