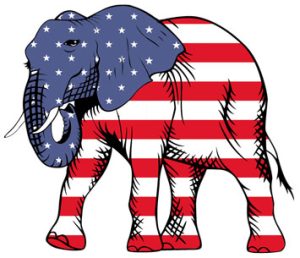 David Dietrich, who served on the Hampton, Va. electoral board as chairperson, recently resigned from the position after racially insensitive social media posts resurfaced.

The old Facebook posts allegedly include Dietrich using racial slurs aimed at African-Americans and calling for a “public lynching.”

On Facebook, Hampton, Va.’s Republican Party said that they know about Dietrich’s posts and find them to be “abhorrent and unacceptable.”

The Hampton GOP’s Facebook post also included screenshots of some of Dietrich’s controversial comments that the former board member attempted to delete or make private.

However, Dietrich’s attempts to erase his controversial digital footprint did not stop the Hampton, Va. Republican Party from getting ahold of some of those racist posts.

Some of Dietrich’s comments included language criticizing Secretary of Defense Lloyd Austin, the first African-American to serve in that position.

The posts also included critical comments about Army Lt. General Russel Honoré, tapped by House Speaker Nancy Pelosi to review Capitol security after the deadly insurrection on Jan. 6, 2021, in which loyalists to former President Donald Trump used violence to attempt to overthrow the United States’ democracy as well as the results of a presidential election.

One post from Dietrich read, “We are being forced into a corner by these enemies of the People. If it is civil war they want, they will get it in spades. Perhaps the best way to pull us back from the brink is a good public lynching.”

The posts were allegedly written in February of last year.

On Twitter, Gov. Glenn Younkin (R-Va.), wrote, “As governor, I serve all Virginians. I won’t accept racism in our Commonwealth or our party. The abhorrent words of a Hampton Roads official are beyond unacceptable and have no place in Virginia.”

The Virginia Legislative Black Caucus expressed gratitude that the GOP condemned Dietrich’s rhetoric and they “invite more members of the GOP to condemn racist language.”

Hampton Republican Party Chairperson Phillip Siff said, “I made the mistake of appointing him and I am rectifying that mistake. We’re here to move forward and make things better.”

Journalist Anne Sparaco of WVEC wrote, “Siff said his party demanded Dietrich resign immediately after learning of the post. When Dietrich allegedly refused to do so, the party had asked the chief judge of the Hampton Circuit Court to remove Dietrich from his position.

“Siff said the next step is choose Dietrich’s replacement, whom he says he wants to be appropriate and fit for the position. He said he welcomes anyone who wants to make a difference in the electoral process to come forward, make their voices heard, and help make a change.”

He said, “I want to make sure that my elections are run according to the law. I want to make sure it’s fair and legal and that every legal vote is counted. My recommendation out there to people who are upset, come forward. Let’s make this better.”

In a statement, the Hampton Branch NAACP said, “Democracy—that is power held by the people—is fundamental to who we are as Americans. There is a long and well known history of efforts to target and suppress the participation of Black voters. Our democracy at the ballot box should never be compromised by a long time known racist that promotes public lynchings. In this climate of fake news, the topic of deception is to usurp the integrity of elections by stating irregularities in the voting process.

“As the oldest civil rights organization in America, the NAACP will continue in our daring mission to ensure the full participation of Black voters in our democracy. Hampton Circuit Court has done the right thing by entering its Order to remove David Dietrich from his role in the oversight of our local elections. But, let the fact that he ever achieved such a position serve as a warning to all Virginians and to those across this country…white supremacy and nationalism is a persistent threat. Be alert. Be vigilant. Be unwavering.”

This incident in Virginia comes at a time in which Republicans have struggled to establish a strong foothold in the African-American community, which often votes overwhelmingly Democrat locally and nationally.

The Supreme Court hearings for future Justice Ketanji Brown Jackson upset many in the African-American community because many felt that Republican lawmakers Sen. Ted Cruz (R-Texas), Sen. Lindsey Graham (R-S.C.) and others took cheap shots at her and did not vote for her, simply because she is an African-American woman.

When Democrats gave Brown Jackson a standing ovation after her historic confirmation, many GOP senators walked out during the ovation, which many saw as disrespectful to the first African-American woman who will serve on the nation’s highest court.

Furthermore, Cruz attempted to use his questioning of Brown Jackson to take shots at so-called critical race theory, an effort many Democrats and African-Americans say is just a way to wash away the sins of White Americans from history books to protect the feelings of White parents.

Additionally, many Democrats have accused the Republicans of making it harder for minorities to vote since Trump, and many of his supporters, was unable to overturn the legitimate certification of President Joe Biden’s victory on Jan. 6, 2021.