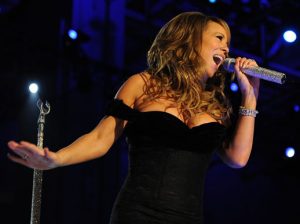 Mariah Carey’s 1997 album “Butterfly” saw her continue to veer more into R&B and hip-hop sounds and depend less on the pop sound that she used at the beginning of her career, which began seven years earlier.

Twenty-five years sure does pass fast these days.

It seems like yesterday that President Bill Clinton occupied the Oval Office.

The Bulls would wrap up their second three-peat the following year.

Kirk Franklin had taken gospel mainstream with networks like MTV playing his video.

And seemingly, every high school graduating class chose “I Believe I Can Fly” by R. Kelly as their class song.

Unfortunately, R. Kelly and high schoolers should have never occupied the same sentence.

But when you know better, you do better.

Regardless, 1997 produced some of the best hip-hop, R&B and gospel music to date.

Therefore, RegalMag.com would like to take a stroll down memory lane to three years before the new millennium to honor the 10 best albums of 1997.

Honorable Mention: “Ghetto D” by Master P—Say what you want about Master P’s lyrical ability, but there was no escaping the No Limit Soldiers in 1997 and 1998. The tank took over hip-hop once “Ghetto D” dropped with classics like the title track, “I Miss My Homies” and “Make ‘Em Say Ugh.”