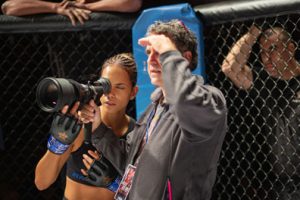 With the success of “Bruised,” actress/filmmaker Halle Berry will team up with Netflix to star in and produce future Netflix movies (Photo Credit: John Baer/Netflix).

Regal readers, it’s that time of the year again.

It’s that time of year when RegalMag.com profiles its 21 most beautiful Black women of 2021 in no particular order.

Click on the links to learn more about the women profiled.

And as always, tell RegalMag.com what the mag got right and what it got wrong.

Elle Smith—RegalMag.com would be out of line if we did not include the new Miss USA, Elle Smith. The young journalist is a graduate of University of Kentucky. She made history as the first Black Miss Kentucky. In a couple of months, Smith will compete in only her third pageant ever. No pressure though, it’s just the Miss Universe pageant.

L’Oreal Sarkisian—So, University of Texas football is not back. Neither is the excitement from the Longhorns fanbase. However, the first lady of the football team L’Oreal Sarkisian continuously stole the show in Austin, Texas and beyond with her beauty and her wardrobe. Coach Steve Sarkisian, we see you!

Liz Cambage—Basketball star Liz Cambage has brought sexy back to the WNBA, if it ever left, over the last few years. Cambage will dominate other “bigs” in the paint and dominate the attention of men on social media. She is extremely tall, extremely confident and extremely beautiful for the perfect trifecta.

Jazmine Sullivan—R&B star Jazmine Sullivan definitely dominated in 2021. She dropped an instant classic with her album “Heaux Tales.” She killed the national anthem at this year’s Super Bowl. And she recently did her thing at the 2021 Soul Train Music Awards.

Shari Headley—How can RegalMag.com profile the most beautiful women of 2021 and not profile the Queen of Zamunda? After all, fans of “Coming to America” finally got a sequel over 30 years after the original became an instant classic. While “Coming 2 America” received mixed reviews (RegalMag.com loved it by the way), Headley’s beauty has never gotten mixed reviews because she has the aura of a real beauty queen.

Vanessa Bell Calloway—RegalMag.com cannot talk about Headley without talking about the other queen from “Coming to America,” Vanessa Bell Calloway. Truth be told, Prince Akeem (Eddie Murphy) would not have chosen wrong if he had chosen the bride hand selected for him because she definitely has the looks and aura of a beauty queen too.

Mickey Guyton—This Arlington, Texas native has really blown up on the country music scene over the last couple of years. While country music is not known for liberal ideas and causes, Guyton dropped a much-needed song for that genre in “Black Like Me,” singing about the social issues Black people face in America. In September, Guyton released her album “Remember Her Name.” With her talent and message, no one will forget her anytime soon.

Simone Biles—Shout out to this Spring, Texas resident for standing up for herself and her mental health during the postponed 2020 Summer Olympics. The greatest gymnast of all time had nothing to prove after all her success. And she chose her wellness over entertaining people when her mind was not right. RegalMag.com salutes you, Simone!

Naomi Osaka—If Regal salutes Simone Biles for placing more importance on her mental health than on entertaining fickle sports fans, the magazine must give the same love to tennis star, Naomi Osaka. The highest paid female athlete in the world, according to the New York Times, said that she has battled “long bouts of depression” since she won the United States Open in 2018. Her willingness to open up, as well as the willingness of other athletes across the board, has made many people in everyday life more comfortable talking about mental health.

Jennifer Hudson—J-Hud might get another Oscar with her performance as the “Queen of Soul” Aretha Franklin in the biopic “Respect.” While Franklin initially wanted Halle Berry to portray her, Hudson always embodied the Queen with the voice, look and demeanor. Hudson also dropped some new material for the “Respect” soundtrack.

Patina Miller—Gangsta has never looked as sexy as it has with Raquel “Rock” Thomas in “Power Book III: Raising Kanan.” However, Miller did not just have one breakout role in 2021. She backdoored “Raising Kanan” with a role in “The Many Saints of Newark,” a prequel film to the HBO series, “The Sopranos.” This year brought her to a larger audience. However, Miller has done her thing for years in shows like “Madam Secretary” and “All My Children” and films like “The Hunger Games: Mockingjay Part 1 and Part 2.”

H.E.R.—R&B musician H.E.R. had a heck of a year in 2021. The word musician is more apropos than singer because she is a multi-instrumentalist, not just a vocalist. This year, she dropped her debut album “Back of My Mind.” She appeared alongside country music giant Chris Stapleton on a couple of TV shows, which has broadened her audience. Did we mention she won a 2021 Oscar for her song “Fight for You” from the “Judas and the Black Messiah” soundtrack?

Ilfenesh Hadera—Watching Bumpy Johnson (Forest Whitaker) in “Godfather of Harlem” made the pandemic and its aftermath more bearable. And watching Bumpy’s beautiful wife Mayme Johnson, played by Hadera, gave the violent and gruesome series a much-needed softer element, which was easier on the eyes. Despite the popularity of “Godfather of Harlem,” Hadera is definitely not a one-hit wonder. Hadera has appeared in the movie version of “Baywatch” as well as the Netflix-series “She’s Gotta Have It,” based on Spike Lee’s first joint from 1986.

Nia Dennis—Simone Biles will always sit first on the Mount Rushmore of gymnasts. But Nia Dennis should get some appreciation for what she did on the collegiate level for mixing elements of hip-hop music and culture into her routines in 2021. But after participating in the demanding sport for years, Dennis shocked her college coaches at UCLA by retiring from the sport to pursue an entertainment career. Well, if her new career is anything like her collegiate career, entertaining will definitely describe it.

Maia Chaka—On Sept. 12 in Charlotte, N.C., Chaka made National Football League (NFL) history by becoming the first Black woman to serve as an NFL referee. That day, Chaka served as line judge for a game pitting the New York Jets and the Carolina Panthers. Chaka said, “This historic moment to me is an honor and it’s a privilege that I’ve been chosen to represent women and women of color in the most popular sport in America, proving that I can defy the odds and overcome.”

Kiki Layne—Keeping with “Coming 2 America” theme, RegalMag.com must salute the first royal daughter of Zamunda if the magazine saluted the current queen Lisa (Headley) and the would-be queen, Imani (Calloway). In the much-anticipated sequel to “Coming to America,” Layne portrays Meeka, the eldest child of Akeem and Lisa who must share the throne with her new bastard brother. The future star has also appeared in films like “If Beale Street Could Talk” and “Native Son.”

Jemele Hill—Speaking of royalty, on Black Twitter, amongst sports fans and amongst colleagues in the National Association of Black Journalists (NABJ), Hill is sports, Black and journalistic royalty. The Michigan State University alum has achieved regal status because she refuses to stick to sports and has always used her platform from ESPN to podcasts to publications to social media to speak up for those who do not have such a platform.

Halle Berry-This Academy Award winner could make the most beautiful list annually. However, the Cleveland native had a very beautiful year this year thanks to her success as not only an actress but as a director too. Berry found immense success after her directorial debut “Bruised” dropped on Netflix. As a result, she has signed a lucrative deal that will see her produce and star in several future Netflix films.

Rubi Rose—This rapper born in Lexington, Ky. rose to fame in 2016 after appearing in Migos’ “Bad and Boujee” video. Although she has model looks, she also always shared a love for rapping herself. She began rapping in the dormitories of Georgia State University. But the viral buzz of her 2019 ladies anthem “Big Mouth” caught the interest of record labels. And as they say, that’s all she wrote.

Erica Banks—Rose was not the only female rapper shaking the industry up over the last couple of years. This Dallas emcee, signed to Carl Crawford’s 1501 Entertainment (the same label home of Houston rapper Megan thee Stallion), saw her own career blow up in 2020 with the hit song, “Buss It.” Her 2020 album saw her partner with 1501 and Warner Bros. But the girl from “Big D” is still her own boss as she still has several self-released LPs on streaming services.