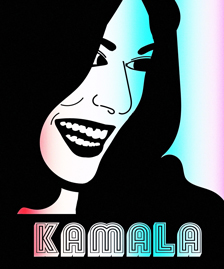 In the year 2020, it does not seem apropos to list the most beautiful celebrity women of the year with all that America had to overcome with the coronavirus pandemic, the protests against police brutality and President Donald Trump’s attempted coup that would have toppled America’s democracy, if successful.

But by sticking to this annual tradition, RegalMag.com proves that none of the shenanigans of 2020 curtailed its purpose and its mission.

As a result, with great pleasure, RegalMag.com proudly presents the first 11 of the 20 most beautiful African-American women of 2020.

This year, RegalMag.com took a slightly different approach in the selection process.

As in every year, no woman can make the list of the most beautiful women of the year two consecutive years.

Therefore, stars like Lizzo, Halle Berry and Lauren London will have to wait until 2021 to see if they make the grade.

And like every year, the honorees had to produce stellar work in the particular year that Regal honors them.

So without further adieu, RegalMag.com presents the first 11 of its 20 most beautiful women of 2020.

Click the links to learn more about each woman.

Kristen Welker—When President Trump gives a journalist a compliment during a debate then you know you are a great journalist. During a presidential debate, NBC’s Welker was fair, tough and unapologetic in her questioning of the candidates.

Tamika Mallory—Unlike the Civil Rights Movement, the Black Lives Matter movement does not necessarily rely on one, super charismatic leader to sway the masses like Martin Luther King, Jr. But if the current movement had one undisputed leader, Tamika Mallory might take the crown. She let her voice be heard loud and clear after the killing of George Floyd in Minneapolis. The sister even dropped some spoken word on Anthony Hamilton’s new single, “Mercy.” In the song, Mallory says, “Black men, I’m not your enemy. I’m your energy.” Powerful.

Jill Scott—R&B songstress/actress Jill Scott could make the most beautiful list every year. But this year she definitely deserves it because of her epic “Verzuz” against R&B diva Erykah Badu (more on “Verzuz” below). Those two sisters brought such a strong energy to their “Verzuz” that people began asking for a joint album. If the album did drop, it would be a match made in neo-soul Heaven.

Erykah Badu—Regal Mag cannot pay homage to the queen Jill Scott without paying homage to her fellow queen, Erykah Badu. With current urban artists embracing intellectual, conscious and political themes, respect has to be given to Badu for always embracing the community in her music.

Gladys Knight—Gladys Knight, Motown royalty, participated in “Verzuz” against Patti LaBelle during the quarantine caused by COVID-19. “Verzuz” is a friendly battle between two similar musical artists in which artists play or perform their hits and then their opponent plays or performs their hits. With such hits as “Love Overboard,” “Midnight Train to Georgia” and “Neither One of Us (Wants to Be the First to Say Goodbye),” Knight could hold her own against any of the O.G.’s of soul music as LaBelle calls herself.

Patti LaBelle—Ms. Patti took it to the “Verzuz” stage this year too. She battled another legend in the great Gladys Knight. People like LaBelle do not have to drop a new hit every year to remain at the top of the game. Legends like that have already won too many championships to be worried about the game anyway. Nevertheless, it is still a treat to see her do her thing in the entertainment business as well as the food industry. In case you did not know, Patti Pies at Wal-Mart sold through the roof this year too.

Mariah Carey—When a signer can have a good year without releasing any “new” music, it’s a great year. Carey released “The Rarities” from her vault and the soundtrack to “Mariah Carey’s Magical Christmas Special” from her Apple TV+ show. To make Carey’s 2020 even better, the pop music diva even included an old concert from Tokyo on “The Rarities” album. Let’s just say, if we did not already know this, that Carey does not need any special recording technology to make her voice stand out against her competition. Her live recordings sound just as immaculate as her studio recordings.

Brandy—The R&B queen from McComb, Miss. cemented her return to her musical roots with the 2020 release of her latest album, “b7.” The album included features from Chance the Rapper, Daniel Caesar and Sy’Rai. Album standouts include the singles “Baby Mama,” “Borderline,” “Rather Be” and “Love Again.”

Yamiche Alcindor—The 2020 National Association of Black Journalists “Journalist of the Year” had the courage to never back down from President Trump or anyone from his administration. She exemplified why journalism is the unofficial “fourth branch” of government. Alcindor works as the White House correspondent for “PBS News Hour,” a job she began in January 2018. The journalist has also worked for USA Today, The New York Times and once applied (and signed a contract) to write for RegalMag.com. Alcindor graduated with a Bachelor’s degree in Government and English from Georgetown University. Later, she earned a Master’s degree in broadcast news and documentary filmmaking from New York University. She has also worked as a political commentator for NBC and MSNBC.

Maya Moore—Many celebrities talk the talk. Unfortunately, fewer walk the walk. Anyone can have an opinion on systemic racism and other inequalities, but how many would put their well-paying job on the side to pick up someone else’s cross? WNBA (Women’s National Basketball Association) star Maya Moore did just that as she postponed her career as a basketball star to help get an innocent man, Jonathan Irons, released from prison. Moore successfully got Irons released from prison and helped get him released from the single life as well. The two married each other over the summer.

Click here to read about the next nine women on Regal’s list of 20 most beautiful women of 2020.