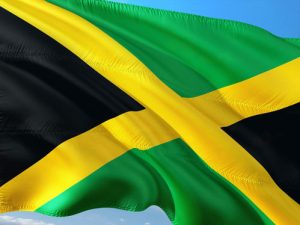 Prince William and Kate have received a constant barrage of protests during their visit to Jamaica.

Prince William and Kate received a mixed reaction from Jamaicans on their trip to the island nation this week.

Prime Minister Holness said, “There are issues here which as you know are unresolved. But Jamaica is as you would see a country that is very proud…and we’re moving on. And we intend…to fulfill our true ambition of being an independent, fully developed and prosperous country.”

William and his wife Kate arrived in Jamaica on Tuesday and have endured constant questioning about the British Empire’s legacy in Jamaica and other predominantly Black Caribbean countries.

Some protestors and government officials have even called for the removal of Queen Elizabeth.

However, William did not address the calls for his grandmother’s removal as head of state.

Four months ago, Barbados became a republic after removing Queen Elizabeth as the sovereign head of state.

Jamaica has begun studying a similar move for their country.

Reuters reported, “Dozens of people gathered on Tuesday outside the British High Commission in Kingston, singing traditional Rastafarian songs and holding banners with the phrase ‘she yuh sorry’—a local patois phrase that urged Britain to apologize…

“In a speech at the governor general’s residence attended by Holness and other dignitaries, William also stopped short of apologizing for slavery, though he did say he agreed with his father’s declaration that ‘the appalling atrocity of slavery forever stains our history.’

“William, the second-in-line to the British throne, also expressed his ‘profound sorrow’ for the institution of slavery, which he said should have never existed.”

The prince said, “I want to express my profound sorrow. Slavery was abhorrent And it should never have happened.

“While the pain runs deep, Jamaica continues to forge its future with determination, courage and fortitude. I strongly agree with my father, the prince of Wales, who said in Barbados last year that the appalling atrocity of slavery forever stains our history.

“The strength and shared sense of purpose of the Jamaican people, represented in your flag and motto, celebrate an invincible spirit. It is this same spirit that spurred on the Windrush generation, who came to the United Kingdom to rebuild after the Second World War. We are forever grateful for the immense contribution that this generation and their descendants have made to British life, which continues to enrich and improve our society.”

Previously, Jamaican officials said that they had begun studying ways to amend their constitution to form an independent Jamaican republic.

Queen Elizabeth is the head of the British Commonwealth and as a monarch she is the head of state for 54 nations such as Jamaica, Belize and the Bahamas.

Reuters reported, “Jamaica’s government said last year it will ask Britain for compensation for forcibly transporting an estimated 600,000 Africans to work on sugarcane and banana plantations that created fortunes for British slave holders.”

Robert Nesta Morgan, a spokesperson for the government in Jamaica, said, “We already have political independence. We’re an independent country. But there is symbolism as to who is the head of state that many persons, including inside and outside of government, wish to change.”

ABC News reported, “William and Kate, the Duke and Duchess of Cambridge, are on a goodwill tour to Belize, Jamaica and the Bahamas to celebrate the queen’s Platinum Jubilee, marking her 70 years on the throne.

“A group known as the Advocates Network, which describes itself as a ‘non-partisan alliance of individuals and organizations advocating for human rights and good governance,’ also published an open letter protesting the royals’ visit, saying that British rule has ‘perpetuated the greatest human rights tragedy in the history of mankind.’”

He added, “The pursuit of reparations is not dependent on the acknowledgment of the oppressor that they have oppressed someone. It is based on the experience of those who are oppressed. There are many persons in our society who have been fighting really hard for many decades for a recognition of not just the damage that slavery has done to our society, but also a recognition of the need to do repairing of that damage through reparations.”

While in Jamaica, William and Kate played soccer with locals, visited a teacher’s college to discuss early childhood development.

Early childhood development is a key focus of Kate’s work.

Additionally, the couple visited with staff members of a local hospital.

After visiting the Bahamas, the couple will return to Great Britain on Sunday.