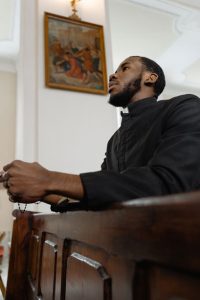 The Mayo Clinic recently released information that discovered that African-Americans in Minnesota who pray privately have better heart health than their less religious or less spiritual counterparts.

Assistant Professor LaPrincess Brewer from the Department of Cardiovascular Medicine at Mayo Clinic in Rochester, Minn. took the lead role in the study, which conducted research on the impact of religion on the heart.

The study got published last month in the Journal of the American Heart Association (AHA).

To determine the benefits of religious activity on the heart, the team of researchers used information from the Jackson Heart Study (JHS) as an example to study the cardiovascular health of African-Americans in Minnesota.

Brewer said she was surprised to discover that “religiosity and spirituality were associated with improved cardiovascular health.”

Brewer added, “Health professionals and researchers should acknowledge the importance of religious and spiritual influences in the lives of African-Americans—who tend to be highly religious.”

She added, “With religious and spiritual beliefs factored into our approaches, we may make major breakthroughs in fostering the relationship between patients and physicians and between community members and scientists to build trust and sociocultural understanding of this population.”

The Grio reported, “Since 1998, according to the Star Tribune, the JHS has conducted research on the environmental and genetic factors that contribute to the cardiovascular disease among African Americans who live in Jackson, Mississippi. Since its inception, the JHS study has included more than 5,000 adult participants.

The assistant professor reached out to African-American churchgoers throughout the state of Minnesota to help in evaluating the new app.

The study shows the importance of specifically tailored health efforts for different cultural groups, especially those from disadvantaged socioeconomic backgrounds.

Brewer said, “The cultural relevance of interventions may increase their likelihood of influencing cardiovascular health and also the sustainability and maintenance of healthy lifestyle changes. Religiosity and spirituality may serve as a buffer to stress and have therapeutic purposes or support self-improvement to practice healthy behaviors and seek preventive health services.”

In 2021, Pew Research Center reported, “Most Black adults engage in traditional religious practices, such as attending religious services and praying. A majority (61 percent) say they go to religious services at least a few times a year, including one-third who report that they typically go each week.

Although the survey was conducted before coronavirus pandemic shut down many churches, three in 10 African-Americans said that they watched or listened to church weekly via television, Internet or radio.

A survey conducted in June 2020 discovered that three-quarters of African-Americans who previously had attended church monthly were watching religious services virtually.

Pew Research Center added, “Women and older Black adults tend to engage in many of these religious activities at higher rates than men and younger Black adults, respectively. And on the whole, by many of the standard measures of religious practice measured in the survey, Black Protestants appear to be more religious than Black Catholics, as do African immigrants when compared with U.S.-born Black Americans…

“African immigrants (54 percent) are much more likely to attend religious services weekly than are immigrants from the Caribbean (30 percent) or U.S.-born Black adults (32 percent). In addition, women and college-educated Black adults are more likely than men and those without a college degree, respectively, to attend on a weekly basis, though these differences are more modest. Most respondents took the survey prior to the coronavirus outbreak that closed many congregations or limited their attendance.”

Additionally, the survey discovered that women participated in prayer groups more than their male counterparts.

However, men and women held leadership roles equally in those prayer groups.

Pew Research said, “The Black adults who play a leadership role in their congregation were asked to describe, in their words, what that role is. Their responses ranged from more formal roles, such as pastor or deacon, to more informal roles, such as serving as a mentor or a general volunteer.”