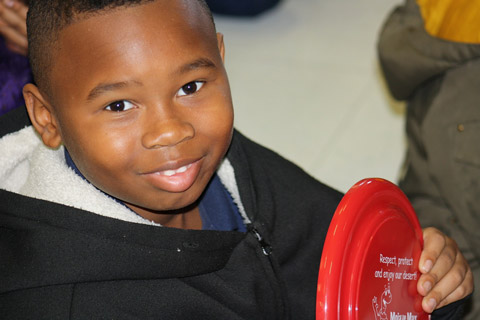 Many Black parents have decided to homeschool their children, even after schools have reopened in the wake of the coronavirus pandemic, as a way to avoid possible racism.

Over the last year or more, racial tensions across America have seemingly come to a boiling point.

After the murder of George Floyd and the deaths of other African-Americans at the hands of police officers, many began to attack systemic racism in all avenues of life, even in the local school system.

But because of the pandemic, some African-American parents of school-age students said that remote learning has given their children a much-needed break from racism and mistreatment that they might endure at the schoolhouse.

In Ayanna Jackson’s small Georgia town, her daughter has had to deal with racial slurs.

A classmate once told Jackson’s daughter that he does not play with “Brown people.”

Furthermore, Jackson said that Ku Klux Klan flyers have found their way into mailboxes in the area.

She said, “I knew from pregnancy on that this would be something we’d have to deal with. This is the kind of area we live in, so you can imagine that you’re always going to feel protective of your children.”

The Grio reported, “As schools reopen across the country, Black students have been less likely than White students to enroll in in-person learning—a trend attributed to factors including concerns about the disproportionate impact of the coronavirus on communities of color, a lack of trust that their schools are equipped to keep children safe, and the large numbers of students of color in urban districts that have been slower to reopen classrooms.

“But many Black parents are finding another benefit to remote learning: being better able to shield their children from racism in classrooms.”

That reprieve has, according to some parents, helped their children focus on schoolwork and not possible mistreatment from teachers and classmates.

She has two daughters that she is keeping at home instead of sending them back to the physical classroom.

The last time that President Joe Biden’s administration kept up with the demographics of students returning to the classroom was February.

Additionally, only 15 percent of Asian students had retuned to the classroom by February.

Many Black parents had turned to homeschooling in an effort to shield their children from possible racism even before the pandemic.

Khadijah Ali-Coleman who serves as co-director of Black Family Homeschool Educators and Scholars said, “Racism in school plays a huge, huge role in a family’s choice to do homeschooling. That racism can manifest in a lot of different ways, from a teacher who criminalizes every behavior to not recognizing how curriculums exclude the experiences of Black people to not presenting Black children with the same opportunities such as accelerated classes as White children.”

Many Black parents, like Ali-Coleman, have chosen the homeschooling route for their children because it gives them more power into what their children are learning and what they are dealing with.

Parents have sought Ali-Coleman’s advice when making the decision to homeschool their children.

Ali-Coleman said, “I think this has been eye-opening to a lot of parents. They’re finally getting to see what goes on in classrooms for Black and Brown students, and I think many are dismayed.”

Erica Cox, mother to a 15-year-old high school freshman from Atlanta, said, “When they’re at school, you have no clue what they’re going through unless you do the digging or they tell you. Remote learning lets you peek into the classroom. It puts more power back in our hands.”

However, she said her son feels safer at home because he does not have to deal with bullying and the way schools police Black children.

She said, “As a teacher, I would welcome this opportunity for parents to be more able to hold me accountable if need be.”

In 2019, the New York Times reported, “Afrocentric schools have been championed by Black educators who had traumatic experiences with integration as far back as the 1960s and by young Black families who say they recently experienced coded racism and marginalization in integrated schools. Both groups have been disappointed by decades of efforts to address inequities in America’s largest school system.”

Golden Herring of RegalMag.com reported, “Many African-American parents in New York have joined support groups like Parenting While Black, based in Brooklyn, N.Y., to discuss the best approaches to educating young African-American children.”

Lurie Daniel Favors, a member of Parenting While Black, said, “Some of us are pro-integration, some of us are anti- and others are ambivalent. Even if integrated education worked perfectly—and our society has spent the past 60-plus years trying—it’s still not giving Black children the kind of education necessary to create the solutions our communities need.”