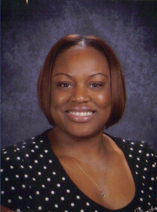 Teachers Packing Heat:  Adding to the Problem or Bringing a Solution?

The world we live in today can no longer be viewed the same way it was a few decades ago.

Gone are the days where we can leave our homes and vehicles unattended and unlocked.

Gone are the days that people driving with “road rage” can be overlooked.

And gone are the days when we can consider our churches and schools to be safe places to worship and educate.

In this day and age, we live our lives truly not knowing if it will be our last.

One common denominator to this equation is guns.

With all of the mass shootings that have taken place recently, one would believe that since the problem is armed weapons, the solution would be to find a way to put an end to its availability.

According to researchers Phillip Levine and Robin McKnight, following the Sandy Hook School shooting in 2012, there was a significant spike in gun sales – 3 million additional.

Based on their research, dramatic spikes in sales occur when a mass shooting takes place in a political environment where it is plausible that federal restriction on firearms sales may result. (“Why Gun Sales Spike After (Some) Shootings” – reported by CNN).

Again, we are witnessing the same problem.

President Donald Trump offers a solution; arming classroom teachers with weapons to protect themselves and the students they serve. Problem solved or adding to the problem?

From the moment President Trump made this statement, the debate with the advocates and protesters have been ongoing and we are still no closer to coming up with solutions.

People from all walks of life have voiced their opinions on this matter from celebrities to politicians.

But, how do actual educators feel about this?

Being in education for the past 18 years, there are so many reasons that I am against teachers having guns.

Being on a campus where we have Kindergarten to Sixth grade students, it wouldn’t be wise for teachers to have weapons on campus.

Where would the weapons be kept?

Besides being licensed to carry, what stipulations would be put on having weapons in a school?

Also, there are too many opportunities for mistakes to be made.

Now imagine this situation with an actual shooter in the building.

How many teachers would “accidently” discharge their weapons?

I spoke with a few other co-workers to find out their feelings on this matter.

Several of them had similar concerns.

One coworker even brought up the fact of how many teachers would be mistaken for the actual shooter?

What if they are shot or killed?

Depending on what grade you teach, the answers will vary.

One thing remained consistent, most educators that I have talked to feel that this is not the answer.

Adding additional police officers/trained security guards to campuses could be part of the solution.

After talking with a police officer from my district, he explained that it would depend on individual districts/states on whether or not they would carry this out.

He stated that most districts wouldn’t buy into this.

He agreed that hiring more officers for each campus would be a more feasible decision.

One thing I know for sure, creating a new problem by arming teachers will not fix an already existing problem.

Arming teachers with weapons is opening up a whole other can of worms that no one is equipped to handle.