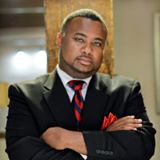 Some friends and I were returning from a night of celebrating my best friend’s birthday and decided we would stop to get something to eat.

A car of young Asian men approached us, opened the window and started shooting, leaving us for dead.

As my friends rushed me to the nearest hospital, we called the police.

My story is one that most people wouldn’t expect but was very transformative for my life and what I would commit its purpose to.

I have tried for days to wrap my head around the events that we have seen in our country this week.

I have experienced a gamut of emotions, ranging from sorrow to rage to hopelessness.

I have been engaged in conversations with friends and loved ones about what can be done to stop the vicious cycle of violence.

I have listened to complete strangers have conversations, some of which I disagreed with, about why these events were occurring.

The only conclusion I could come to is why are we surprised?

One would think in 2016 the subject of racial unrest and violence in this country would not be such a prevalent conversation.

For many of us it never stopped being a conversation.

Since the inception of this country it has been acceptable to slaughter Black men like cattle when deemed appropriate.

Slaves out of line? Punish them.

Fighting against Jim Crow? Lynch them.

The blood of African-Americans is so deeply stained into the fabric of our country we will never be able to rid ourselves of it.

I understand we want to rage and we wonder when it’s going to stop, but I’m not sure there is a single action that can be taken whether it is an economic boycott, legislation, or protest that can eradicate racial prejudice and bias.

Black Lives Matter. They don’t matter more than any other lives. They just want to matter equally to other lives.

Start with recognizing there is an ongoing problem of African-Americans, mainly men, dying at the hands of law enforcement most times without being given due trial.

Next, realize this can’t be compared to “Black-on-Black” crime because that simply equals crime comparable to “White-on-White,” “Black-on-White” or “brown-on-purple” crime.

So, Black men should not be dying at the hands of those that are paid to protect them with the tax dollars they pay.

Denying them due process under the law is to offer them second-class citizenship, which is an ongoing problem.

Most importantly, you took the life of another human being that didn’t deserve to die.

How do I know?

Alton Sterling was selling CD’s in front of a store…Sterling is dead.

Philando Castile was riding in a car with his family, he got pulled over for a “busted tail light” and he had a concealed handgun license…Castile is dead.

I suppose for many it may still be difficult to see the problem. Perhaps it would be easier if you switched the race of all parties involved in each scenario to truly understand.

Police officers are not our enemies.

Police officers go to work daily with the goal of protecting the public from the evils that exist in our communities.

They are men and women like us, who simply would like to make it home at night to their families.

However, they are human.

Because they are human, they have been exposed to the same racial biases and prejudices discussed earlier.

These biases and prejudices tend to overtake their judgement in certain situations, which leads to decisions that end up fatal for others.

Some of them are just racist.

But they are not any more racist than the janitor, the lawyer or even the gardener.

It’s just that in their profession, they are given a lot more authority over others and they get a weapon of death that can allow their racist thoughts to cause a loss of life.

Do you see the problem?

Here is the good news…the vast majority of police officers that exist aren’t racist and don’t seek to abuse their power.

And their lives matter.

So they shouldn’t be shot down like dogs in heinous acts of violence because that won’t eradicate racial bias and prejudices.

What’s the answer? I don’t have one.

I’m going to start with love.

It’s all that I can think to do.

If we can make it our value to simply love our fellow human, it gives us a good start.

From love come so many other actions like reasoning with one another, listening to one another and valuing one another.

From there we can begin to dive into some of the more complex questions regarding how do we permanently stop senseless deaths in our community, protect our communities from evil and eradicate hate.

Certainly, we can continue with protests, marches and boycotts to call attention to our struggle, but each of you can start with love.

That’s the most asked question I’ve gotten all week… I suppose I just figured out the answer.

We are all charged to do our part to make things better.

Those of us that have chosen the journey of curing the societal ills that plague us through public policy will continue to look for a cure, much like medical researchers are looking for cures from some of the deadliest diseases that plague us.

Hopefully, together, we can find a way.

Black lives matter.  How do I know?  Because God spared mine so I can share and live my truth.