Racism in America: Will Blacks, Whites Ever See Eye-to-Eye on Race? 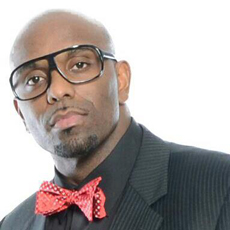 From the Mind of an Endless Thinker

So it is a Monday morning and I don’t have to be at work until 3 PM.

So the wife and I are getting our “Leave it to Beaver” or “Cosby Show” on, just a husband and wife sitting down eating a hearty breakfast.

The breakfast consisted of egg whites, turkey sausage and waffles (I’m a healthy guy).  That’s where my mind begins to wonder as dangerous as it is.  I’m thinking about the origin of the frozen waffle and how it relates to racism in America, specifically between Black Americans and White Americans.

So why the waffles?

A frozen waffle comes out of the box already indented with its grid.

It has been made with its own ingredients and shaped and formed in a cookie cutter mold.

In general, in the box all the waffles are pretty much the same.

Some maybe a little bigger or smaller than others but all have that grid.

From a humanistic standpoint we are the same as well, created from a man and woman with imprinted or indented DNA.

The waffles change based on the amount of heat you use when you cook them.  I like my waffles to be golden brown.  In order to achieve this, the knob on the toaster has to be set to medium heat.

My wife on the other hand likes her waffles Cajun style.  It’s an acquired taste.  She sets the toaster’s heat slightly hotter than mine.

The process is the same though.  Once the right amount of heat is applied the waffles are going to POP up.

I would argue that just like the waffle we as Americans have been conditioned as children to have a skewed view of one another, and once the heat is applied it is only a matter of time until we pop.

The grid or conditioning that I received as a child was simple when it came to White people.

I needed to be 10 times better than my White counterparts.

I was listening to and singing “Young, Gifted and Black” by Donny Hathaway by the age of 7.  That was long before I experienced any prejudice or knew what racism in America was.

Now before you judge my parents, understand that they grew up in a time when a Black person had to cross the street if a White person was walking on the same side of that street.

It was a time when racism in America was as blatant as ever.

I had to ask.  I asked two questions to both Black and White Americans.  1.  What did your parents or guardians teach you about different races and nationalities and 2. Will Black Americans and White Americans ever see eye-to-eye on racial issues or are our experiences too different?

Now, I didn’t survey a controlled group of 100 people but I did talk to several Black and White Americans.

From the Black perspective it was very similar to how I was raised.  You have to be better. And no we would never see eye-to-eye because White Americans would never understand the struggle.

Now of course I had a sprinkle of those that were taught everyone was equal, and if you got your education you would be on the same playing field.

There was hope that both races could end racism in America but as long as there were those that perpetuated racism and hate we would always struggle.

It was interesting that most of my Anglo Saxon brothers and sisters said they were not taught anything specific about other races or the racism in America.

Now they may be holding out on me and could be intimidated by my 6’3 ½ 230-pound frame. Who knows?

Some of us are wheat; some are buttermilk or blueberry and maybe even chocolate chip.

The point is that if we are ALL waffles indented with a grid we should be able to embrace our differences and understand that we all may react differently to our toaster oven experiences.

So now my dangerous mind ponders a different question.  Can we forget and forgive the actions of some on both sides of the color spectrum to move forward past racism in America?