We Must Do More to End Domestic Violence 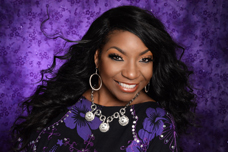 Since 1997, Fresh Spirit Wellness for Women (FSWW) has been providing support and assistance for Houston-area women who are victims of domestic violence and sexual abuse.

Every nine seconds a woman is abused or beaten in the United States.

It’s a sobering reality that one in four women in the U.S. will experience domestic violence in their lifetime.

In 2017, there were more than 24,000 domestic violence cases in the first 10 months of the year, according to local police.

The number of domestic violence incidents in the Houston area has increased 45 percent since 2013.

As Founder and CEO of Fresh Spirit Wellness for Women, I have seen tens of thousands of women come to us beaten, battered, scared, and distraught.

Their partners—seeking to gain the “upper hand”—felt the only way they could resolve any differences between them is by putting their hands on these women.

A considerable number of the victims of domestic violence suffer in silence because they are embarrassed to tell family and friends that they are being beaten.

And in some instances, friends and family are well aware that a woman is being beaten, and are afraid to say something.

My fellow Houstonians—we must do better.

Domestic violence not only destroys families, but it also eradicates communities.

Every occurrence of domestic violence is an opportunity for us all to be the very best version of ourselves by providing the help and support that victims need.

And even if you are fearful of getting involved by providing help, you could also donate to an organization like Fresh Spirit Wellness for Women during National Domestic Violence Awareness Month.

I want to encourage Black men to step up and make a difference this month.

While it’s understandable that couples will have a difference of opinion at times, that doesn’t justify a man putting his hands on a woman as a means to resolve the conflict.

Even in the presence of conflict, I honestly believe that Black women STILL LOVE AND CHERISH Black men.

And when that love and appreciation is returned in a way that shows we are respected, we as Black women are capable of not letting problems in our marriages and relationships prevent us from seeing the bigger picture.

Society as a collective may not give us as African-Americans the resources we always need to foster strong bonds between us as Black men and women, but at the end of the day, all we have is each other.

And when we love and nurture one another properly, there’s nothing that can stop US from being the best version of ourselves.

There is a quote by the great Martin Luther King, Jr. that goes, “I believe that unarmed truth and unconditional love will have the final word in reality. This is why right, temporarily defeated, is stronger than evil triumphant.”

I interpret this as meaning, if we allow love to influence all that we do, in the end, we will be triumphant in all that we do for ourselves, and one another.

So how can a man be “triumphant” by being violent towards a woman?

I challenge us all this month to do more in an effort to defeat domestic violence; those who perpetrate these cowardly acts are counting on victims and witnesses to stay silent.

They want us to be afraid, feeding into their desire to bully and control others.

The issue of domestic violence isn’t about race, social status, or which political party you support; this is about what’s right and wrong.

The #MeToo movement has really helped make the topic of sexual assault and domestic violence a part of the national discourse.

However, the focus tends to be on incidents of sexual harassment.

Not that sexual harassment is less significant, it’s just that domestic violence is more threatening to the health and well being of women and families.

Fresh Spirit Wellness for Women is having its 20th Annual Legacy Awards Fundraising event this month in downtown Houston.

We will honor local dignitaries who have helped us in an effort to aid victims of domestic violence, along with women who are survivors.

I invite you to join us as we celebrate the acts of courageous women and men.

Even if you cannot join us, I again encourage you all to act…not observe…help…not sympathize.

Let us all be the absolute best version of ourselves this month.

At the end of the day, isn’t this what we all truly want?

I believe we do.