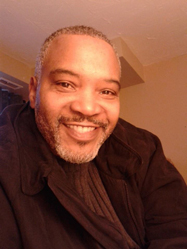 Just Beyond the Right

What lies just beyond the right wing of traditional conservatism is not a more orthodox form of conservative thought processes and austere economic proposals that theoretically will fix the broken machine of government.

No, that is not what is on the other side of the mirror.

If America had the collective intestinal fortitude and palette for truth, we would acknowledge not just the new angst of “the forgotten American middle class,” which is code for White guys who have had 100 years of systemic, social, economic, legal, and political advantages, but now find their status quos threatened by an “unfair” system.

This supposed imposed “unfairness” seems to coincide with the facts that women, and people of color who have been at the bottom of the GOP’s America in last 30 years, have had the audacity to aspire and achieve.

More than half of our country is female, people of color and between the ages of 18-35.

That demographic scares the forgotten White guy. Why? The growth of the above stated demographic threatens White male supremacy.

The “forgotten American middle class” for decades was able to be mediocre in high school and not worry about life post-prom and post-high school graduation.

They could walk right into a sponsored union apprenticeship, the police academy, the fire academy, a city job, a county job or a steel job.  And in many cases women and Blacks need not apply.

This forced the marginalized to work in service sector positions.

Now in the most ironic of twists, those who were indeed last have become first.

Women outnumber men in the workplace.

Women have more education than their male counterparts.

Black women, per capita, are out performing both Black and White men in the areas of economic and educational progress.

Right when the guarantees were disappearing, White wives were finding their own voice, and in many cases it differed from dad and husband.

Oh my, women running their own companies, Blacks in college and a growing Black middle class proved to some that the machine must be broken.

That rumbling you hear from the not too far future (Alt Right) is a real, hyper-flammable dragon that breathes the economic hellfire of isolationism, scapegoating, and extreme shifts in societal norms.

History has shown us left and right become secondary to the fervor that feeds the beast that wants to perpetuate or shift a paradigm like America’s waning status quos of White male supremacy.

Before the turn of history’s most horrific events and social/governmental experimentation with totalitarian rulers, there’s always a moment of incredulity.

That moment was upon the 2016 American electorate. The presidential election of Donald J. Trump was a truth or dare moment.

There was a monster that lie just beyond right of the right wing.

It was a seemingly fatally injured creature that is White male supremacy ready to be on the endangered species list, wounded, and finding itself backed into a corner.

A wounded, scared animal is often the most dangerous of all creatures. Approach the next four years with caution!