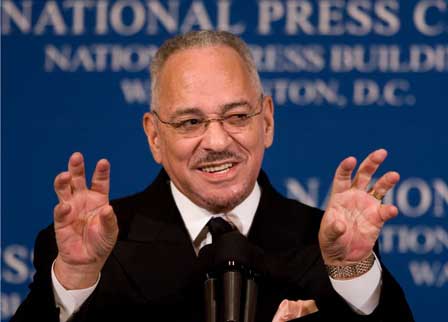 Shedding the Shackles of Slavery

The recent acquittals of the police officers charged with the murder of Sean Bell on the day of his wedding and the uproar that has erupted over the incendiary remarks by Rev. Jeremiah Wright are clear indications that race still matters in America.

The acquittal of three New York City police officers is reminiscent of the Rodney King case that sparked riots and caused billions of dollars in damage to the city of Los Angeles in 1992.

However, it is crucial that, while many plan to pour out into the streets of New York to protest the acquittal, African Americans do not allow past injustices to make them resort to the “old school” slave mentality of generations past.

While racism, sexism and all other forms of discrimination will always exist in American society, it is imperative that the older generation of African Americans not cripple the next generation because of past pain and abuse.

The younger generation must know that the White man is not the cause of all problems that are currently plaguing the Black community, but that some of those wounds are self-inflicted.

To say that White America is still the cause of all African American issues is implying that Blacks are still slaves and under the control of the Whites.

The success of Barack Obama’s bid for the Oval Office should be a prime indicator of the change that has taken place in America and should give hope to all African Americans that the last barriers to racial equality will soon hopefully be a thing of the past.

Racism and all forms of ignorance only hold power over us when one allows it to.   And although the Black community will always need outspoken leaders to speak out against the status quo, those same leaders need to be aware that words are power, and sometimes the words of our leaders takes power away from us and gives it to those we believe are discriminating against us.

Too many times, critical African Americans view others who are not constantly angry at the system as sell-outs or Uncle Toms.  However, it is time that the Black community stop trying to define what it is to be Black.

Stereotyping what a Black person should look like, or think is the same as a racist stereotyping all Black people as being violent and unintelligent.  If it is racist for a non-African American to think all Blacks are the same, it is just as racist for us to do it to ourselves.

It is time the Black community stop putting restraints on the younger generation in the name of Black pride.  We should not take pride in standing still or running in place for decades.  We should all applaud when a brother or sister does something that goes against the grain and opens doors for others to follow.

If we do not, we are simply agreeing with the former slave masters who believed we did not have the capacity to succeed in all endeavors of the human experience.

Just imagine if Obama had believed the mentality of many in the Black community that America would never elect a president of color.  If he had, then the next generation of Black leaders might never know that they are the “masters” of their own destiny, and no on else.