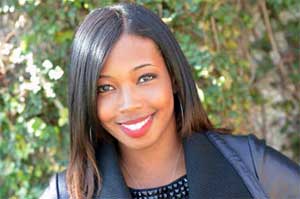 Beauty is Only Skin Deep

On June 20, social media was a buzz behind a blue-eyed, chiseled face, tatted up man’s mug shot.

Women were losing their minds over Jeremy Meeks’ photo, which went viral overnight with 30,000 likes while being shared over 2,500 times.

The ladies were leaving all types of comments and some were so explicit I can’t even repeat them on here!

Meeks was making professional women, college students, and even some granny’s blow up his picture and daydream.

If love were supposed to be blind and you closed your eyes and someone read his rap sheet to you, you would probably say stop reading!!

You would never date a man with a record as long as his.

However, with your eyes wide open his striking good looks are all you could focus on.

Some of you didn’t care about his rap sheet because you were more focused on his looks than the fact that you were looking at his MUG SHOT.

Are we as a society that superficial?

How important are looks when you are looking for Mr. or Miss Right? Or should we start to look at other characteristics just the same?

Maybe aside from shouting out how fine someone is, shouldn’t you also shout out things like “Oh girl, he goes to church every Sunday?”

When you are attracted to someone, what should really attract you?

I once had a conversation with a guy who told me that he could not have babies with a dark-skinned woman because he was already brown-skinned and he wanted to give his kids a fighting chance!

A fighting chance at what? Were his kids going to be entered into the Hunger Games where only light-skinned children would survive?

I thought at the time he was the most look-obsessed person ever, but he’s not alone.

Most of us are beauty obsessed. But why are we so obsessed with looks?

Can someone’s blue eyes talk to us when we’ve had a hard day?

Can a woman’s small waist take care of us when we are sick (Think twice fellas)?

Or can a muscular man help you raise your kids? Not at all.

One enormous reason we are so beauty obsessed is because of social media and the entertainment industry.

According to sirc.org, “Thanks to the media, we have become accustomed to extremely rigid and uniform standards of beauty. Advances in technology and in particular the rise of the mass media have caused normal concerns about how we look to become obsessions…We also believe in the ‘what is beautiful is good’ stereotype – an irrational but deep-seated belief that physically attractive people possess other desirable characteristics such as intelligence, competence, social skills, confidence – even moral virtue.”

This is probably why most of Meeks’ fans ignore that his picture wasn’t taken at a photo studio. If statistics show that when we see someone beautiful we think they are good people or even innocent, then that explains the memory loss about Meeks being in jail.

When I was growing up and figuring out what I wanted to be in life, I don’t remember seeing stripper in a career book.

However, thanks to a lot of rappers some people now look at strippers with praise because of their waist-to-hip ratio.

People are rolling out the red caret for strippers and video vixens just based on their looks and their body.

Strippers now have bodies that are beginning to become unattainable, causing men to no longer find satisfaction in a normal round butt. They now need something that is out of this world round.

Because of the desires of men, some women feel inferior and are going out and getting butt injections, which can be fatal.

According to CBSNews.com, “Deaths from black market buttocks injections have been reported in Alabama, Georgia, Florida, Pennsylvania, Nevada and New York.”

Aside from butt injections, people are going under the knife even more now. According to plasticsurgery.org, “There were 14.6 million plastic surgeries in U.S. in 2012.”

The saying that beauty is painful seems to be changing to beauty is DEADLY.

We’ve got to do better. Let’s start to focus on other characteristics that should really matter.

When looking for a partner, you need someone to help you figure things out, to help plan a future; therefore intelligence would be a plus!

If you want a family, someone family-oriented, who loves kids, and is fun to be around would be perfect.

If you are driven, having a partner just as driven is beneficial.

Nevertheless, maybe you want to work and have someone who loves to stay at home and do all the housework. That person could compliment a driven person as well.

The most important characteristic that matters is how much they love you. When you have someone to love you, I guarantee you will agree with Lauryn Hill and be singing “Nothing Even Matters.”

Furthermore, there are many forms of beauty.

I overheard two 16-year-old girls talking about natural hair. One said, “I hate when women have natural hair and their hair is more nappy than curly. It looks so nasty.”

Then she complimented the other girl, “But yours is curly like mines so it’s cute.”

Sirc.org says,  “Human infants begin to recognize themselves in mirrors at about 2 years old. Female humans begin to dislike what they see only a few years later.”

All parents, teachers, godparents, and anyone who is involved in a child’s life should start telling them now that they are beautiful and that others who don’t look like them are just as beautiful.

Now, for you those of you who are still hooked on Meeks, his bail is currently set for $1 million and I’m sure he needs all the help he can get!