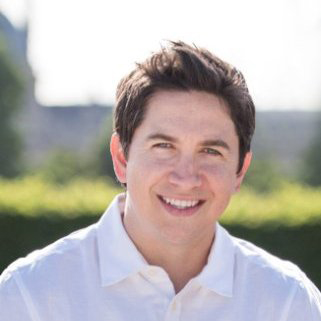 Disclaimer: Mike Jones is a guest columnist for RegalMag.com who was asked to give his opinion on the effort to remove Confederate statues throughout America.  He does not profess to be an expert on this issue or a professional writer.  RegalMag.com publisher Todd A. Smith asked Jones to give his opinion on this issue as a White male, evangelical Christian and supporter of President Donald Trump.

I can see a little bit on both sides.

First, there is a recent anti-Confederacy “movement,” which includes taking down the Confederate monuments.

One could argue, why now?

They have been there for X-amount of years.

But then again, one could argue that they have been “oppressive” or constant reminders of rebellion, slavery and even racism for those X-amount of years and now it’s come to a head and it is time to remove them.

And then the “historical” argument… The United States compared to other countries isn’t necessarily that old, so I can see the appeal to “history” and for the sake of “history,” but nothing more.

However, if you look deeper and see the meaning and really understand what happened and why the Civil War happened and how these men were made “famous” or how their “platform” came into being…it was from a rebellion from the Union and them not wanting federal oversight into the slave territories of the eventually formed Confederate States to succeed.

The eventual Confederate States of America basically didn’t want people telling them what they could or could not do about slavery in their territories.

So, they fought about it.

In the end, freedom won.

And I would say, even more so, that love won.

Sadly, what were lost were so many men and so many destinies and family lines.

So, today there are these statues that I’m assuming are on public taxpayers property and they are erected assuming that every taxpayer that paid for it agrees or celebrates these figures of the Confederacy or the rebelled group that was pro-slavery.

I’ll go out on a limb and say not every taxpayer agrees with these individuals represented in the statues, which is why there is a recent movement to tear them down.

If I were to pick a side, I would first have to understand someone else’s perspective.

I am a White male who voted for President Donald Trump.

But to move to unity and to move toward peace and understanding, I have to try and put myself in someone else’s shoes.

If I were a Black male and I were around these figures of pretty much what was against me or for “wanting to enslave me,” then I would definitely give pause to them and especially dislike the praise of them.

When a statue is erected, it’s an attempt to glorify this person or what they did and even what they stood for in a defining moment of their lives.

Imagine if I were a Black male and there were a bunch of these Confederate statues erected everywhere and wherever I went in the South I saw them and saw this person and that person celebrated.

I would feel somewhat threatened, not necessarily a gun pointed to me threatened, but I would be reminded of this injustice that happened back in the day and it would be a constant reminder of that spirit—the spirit of slavery and even the spirit of racism.

Now, I know racism is a much deeper and a more elaborate subject and it exists in many other cultures and I am just familiar with what I am around or see at times and that is the White, Black, Mexican and even Asians that live around me in America.

I know nothing about the Sunnis and Shiites in the Middle East or any other culture in any other country.

So, my lane is what is happening now and where I live and the time I live in and the country I live in.

I know that racism exists and it’s a bad spirit…there is no good fruit in it and it stems from what is in the person’s heart and what got put in that person’s heart.

As a Christian, the Bible says out of the heart comes forth the springs of life.

Now, I don’t know what a person’s background is or how they grew up or how a person from a different nationality or culture or race may have wronged them and how that affected them. …Not to rabbit trail but think about this, we are all made up of different percentages of nations and cultures…what if I got mad and didn’t like someone that looked like me and they actually had more French in them than me or more Indian in them than me, and I for some reason just didn’t like that person…would I be considered racist?

Probably not, but if that person were to be so obviously different from me such as a different skin tone or speak a different language than me and I were to strongly not like them, then I would probably come across as racist.

Racism comes when we generalize and literally “tag” people with hate and then lump everyone that “looks” like that person into the same category and just call everyone whatever because they “look” like them.

Let me ask you, maybe specifically White people and even more specifically, if you exist, White people with even a small bent towards being “racist”…did you not like the White woman, Rachel Dolezal, that posed as a Black woman and who was the president of the local NAACP in the Pacific Northwest?

Would you say that you were racist against her?

What about when you found out she was White?

Did you change your mind?

You see how one can “group” others into one category and then racism can rear its ugly head?

So, back to the issue and hopefully I will get to the point…As a White male who voted for President Trump, I need to understand the pain and the emotions behind people’s desires, decisions, wants, needs and feelings for certain things.

I understand how this statue or that statue can make someone feel badly and I understand where he or she is coming from and I don’t want that.

I don’t want my fellow American brothers or sisters to feel that way.

Now, I know we can’t make everyone agree on everything and that’s not what I’m talking about.

But when it comes to love and freedom and equality and the fact that God made everyone according to His image and in His likeness, then I have to pause and ask myself what is important here, “history,” my view or the redemption and understanding and love and freedom for my brothers or sisters.

Jesus sacrificed his desires to the Father for the sake of you and I.

A good leader should be the first to serve and what greater honor is there than to lay your life down for the sake of your brother or sister or family?

Are you doing that?

Are you hearing your brother, sister and/or fellow human being that gets to breath the same air as you on this Earth?

Or do you think that your ways are more meaningful than theirs?

You only get to keep what you give away…what are you holding onto?

What will you give away and that not for yourself but for the sake of others? So in short, I would take them down.

I would because I wouldn’t want my brothers or sisters to feel the way these things make them feel and I’m not even talking about a publicly financed by tax money perspective.