“42” And Our Ongoing Commitment to Jackie Robinson’s Legacy 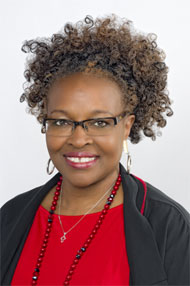 Jackie Robinson not only changed the face of baseball, he also helped change the face of our country when on April 15, 1947 at Ebbets Field in Brooklyn, New York, he broke Baseball’s color barrier. His historic achievement was a watershed moment for civil rights in America, one that even after 66 years, continues to resonate with individuals of from all walks of life.

Because of Jackie, many could be inspired to dream bigger and know that with dedication and hard work, they could accomplish their loftiest of goals. In many ways, Jackie was a trailblazer for opportunity, and for the hope that we all have a chance to do what motivates and moves us without the limitations that have been previously set-forth in our society. The impact Jackie Robinson made on April 15th wasn’t so much related to baseball as it was related to a cultural shift in the way that the world thought.  His number 42 is emblematic of this, signifying more than just a number on the back of a baseball jersey.

You’ve probably seen a lot of talk about Jackie Robinson as of late, due to the recent release of his biopic “42.” As a representative of Major League Baseball and its commitment to diversity, I can say that we are all thrilled with the critical and commercial success of this incredible movie, its depiction of Jackie Robinsion and Branch Rickey, the lives and legacy of both men, and their impact on America and the world. What happened was incredible, and has helped shape Baseball into the social institution that it is today.

Under the leadership of Baseball Commissioner Allan H. (Bud) Selig, Major League Baseball has sought to honor Jackie’s legacy by continuing to promote diversity and equality throughout Baseball. The MLB Diversity Business Summit, for instance, is a trailblazing event that has served as a model for many major sports organizations. The Summit, now in its second year, is a combined diversity employment and procurement trade fair that aims to promote workforce and supplier diversity throughout Major League Baseball. The event will be co-hosted by the Houston Astros and will take place on June 18th & 19th at the George R. Brown Convention Center in Houston, Texas. Joining the Astros will be Commissioner Selig, MLB Club Owners and key executives from all 30 Major League Clubs. Executives from Minor League Clubs, MLB Network, MLB Advanced Media, and MLB’s Central Office will be present as well.

What the MLB Diversity Business Summit truly represents is Jackie Robinson. It’s his fearless pursuit of capitalizing on opportunities and, in turn, opening those doors for others. Like Jackie, Major League Baseball’s dedication to diversity is steadfast. Its goal of promoting diversity is not so much about race, color, or gender as it is a different way of viewing our world. If not for Jackie Robinson, our National Pastime, and the world for that matter, would not be the same. It’s his commitment to changing the status quo – to being an agent of social change and social responsibility – on which the MLB Diversity Summit truly stands.