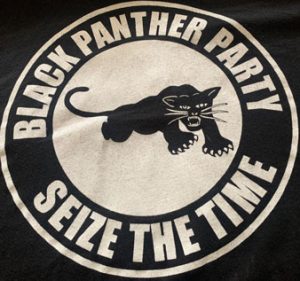 The Black Panther Party was revered in the late 1960s and early 1970s by many in the African-American community for “policing the police” (Photo Credit: Regal Media Group/Todd A. Smith).

The mass shootings in Uvalde, Texas and Buffalo, N.Y. have renewed cries for gun reform.

Although Congress has a bipartisan proposal in place, the National Rifle Association (NRA) still has opposed any measures that they say will infringe on the Second Amendment rights of law-abiding citizens.

Despite their usual resistance to any gun reform, the NRA once supported gun reform in California called the Mulford Act when members of the Black Panther Party took advantage of open carry laws in the Golden State.

Adam Winkler, author of Gunfight: The Battle Over The Right to Bear Arms, said, “The law was part of a wave of laws that were passed in the late 1960s, regulating guns, especially to target African-Americans. Including the Gun Control Act of 1968, which adopted new laws prohibiting certain people from owning guns, providing for beefed up licensing and inspections of gun dealers and restricting the importation of cheap Saturday night specials [pocket pistols] that were popular in some urban communities.”

The Black Panther Party for Self-Defense began to protect the African-American community from outside antagonistic forces like some in local police departments.

Led by Huey P. Newton and Bobby Seale, the organization took advantage of a loophole in California law that allowed for the open carry of guns, even in government buildings.

According to History, “In 1967, 30 members of the Black Panthers protested on the steps of California statehouse armed with .357 Magnums, 12-gauge shotguns and .45 caliber pistols and announced, ‘The time has come for Black people to arm themselves.’

“The display so frightened politicians—including California Governor Ronald Reagan—that it helped to pass the Mulford Act, a state bill prohibiting the open carry of loaded firearms, along with an addendum prohibiting loaded firearms in the state Capitol. The 1967 bill took California down the path to having some of the strictest gun laws in America and helped jumpstart a surge of national gun control restrictions.”

Infamously, the NRA fought alongside the government to restrict the access to guns for African-Americans, despite the mission of the organization being to protect Second Amendment rights.

That contrast is a stark difference from their stance on gun violence in modern times, even gun violence that targets children like those at Robb Elementary School in Uvalde, Texas.

Many historians believe that the NRA viewed armed Black Panthers as a threat during a time of heightened racial tension.

By the late 1960s, Martin Luther King, Jr.’s message of nonviolence, passive resistance and turning the other cheek had fallen out of favor with many young African-Americans.

Many opponents of King’s nonviolence strategy had taken to Malcolm X’s stance of self-defense, by any means necessary.

Several African-American leaders from Stokely Carmichael to the Black Panthers had taken Malcolm’s message of self-defense to the halls of government and that message resonated more than King’s message to many.

According to History, “A large part of the (Black Panther Party’s) campaign against racial injustice relied on gun ownership and training. Newton and Seale began collecting a variety of guns during the early years of the Black Panthers, including machine guns, rifles and handguns. New recruits were required to learn how to wield, clean and shoot guns, in addition to understanding their right to carry firearms and how to communicate that to police in California.”

When Oakland police officers stopped Seale and Newton in early 1967 in an automobile filled with guns, Newton told officers that he only had to give officers his identification, name and address when they asked the two why they had so many weapons.

Newton kept a rifle in his hands when officers asked him to exit the vehicle.

After onlookers gathered to witness the encounter, Newton told the crowd that they had the legal right to remain on the streets and observe the arrest because he understood the law that onlookers could remain at the scene during an arrest if they did not intrude into the arrest.

Since Newton and Seale did not break any California laws, the police officers had no choice but to let them go.

After the incident, Black Panthers began following police officers and giving legal advice to African-Americans that were stopped by the officers.

Winkler said, “Bobby Seale and Huey Newton used the Second Amendment to justify carrying guns in public to police the police. The Panthers would stand to the sidelines with their guns, shouting out directions to the person. That they had the right to remain silent, that they were watching and that if anything bad happened that the Black Panthers would be there to protect them.”

As a result, gun control laws swept the country and via the FBI’s COINTELPRO initiative, many militant African-American groups were targeted, infiltrated and systematically dismantled.

As a result, many in the African-American community find it hypocritical that an organization that once supported gun control to stop the Black Panthers from openly carrying a weapon, supported legislation that allows for open carry in states like Texas.

Winkler said, “These ideas [of open carry] infiltrated into the NRA to shape the modern gun debate.”

At the recent NRA convention in Houston, Bill Forcht, 71, said, “It’s not a gun problem, it’s a society problem. They want to demonize us because we like shooting guns and believe in defending ourselves.”

Nevertheless, that argument was not good enough when members of the Black Panther Party used guns to defend themselves and their community decades ago.