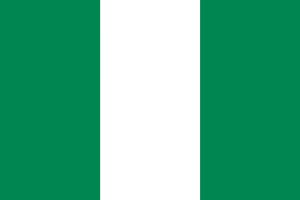 Nigeria will become the first country to ban foreign fashion models on Oct. 1.

On the first day of October, marketing campaigns and advertisements must use models that are native to Nigeria.

Current marketing campaigns can continue using models from outside of Nigeria.

However, once the deadline arrives, only models from Nigeria will grace the runways, television screens, magazines and newspapers.

Even voiceover jobs will go to Nigerian talent.

R. Pena of Yahoo News reported, “The decision comes along with the government’s efforts to develop local talent and build economic growth. In the past, Nigeria only relied on foreign models and voiceover experts in their marketing campaigns. Companies would hire mainly White models or British voiceovers and the government has decided this needed to change. Before this decision, the Nigerian government had been charging companies a tax. Nearly $240 for using foreign talent in their ads.”

Steve Babaeko, the head of the Nigerian advertising association, said, “Ten to 20 years ago if you checked the commercials, I would say they were almost 50/50 in terms of foreign faces and all of the voiceovers were British accents…

“People will tell you, ‘There are about 200 million of us. Are you telling me you could not find indigenous models for this commercial?’”

Babaeko said the new rule is Nigeria finally “catching up” with the will of the Nigerian people.

Furthermore, advertising agencies will have to shoot their advertisements in Nigeria.

In the past, many commercials were filmed in Kenya and South Africa.

Many Nigerians believe ads with local talents, local voiceover artists and shot in Nigeria will connect more with the local consumer, as opposed to ads that feature foreign countries and foreign talent.

“How do you think it will resonate if we keep using foreign artists?” said Olalekan Fadolapo, head of Advertising Regulatory Council of Nigeria (ARCON).

However, this is the first time the restriction has made it into regulation.

Babaeko said, “I think the law is just catching up with national sentiment. As long as maybe eight years ago, you would notice some kind of renaissance in Nigeria.”

He added the new regulations coincide with a “new sense of pride” amongst the younger generation in Nigeria.

In a statement, ARCON said, “All advertisements, advertising, and marketing communications materials targeted or exposed on the Nigerian advertising space are to use only Nigerian models and voice-over artists. Advertisers, advertisement agencies, media houses, the advertising community, and the general public are hereby enjoined to take.”

ARCON said the move to ban foreign models and voiceover talent from working in Nigeria is because of “the need to take necessary steps and actions aimed at growing the Nigerian advertising industry.”

Al Jazeera reported, “A 2017 to 2021 analysis by PricewaterhouseCooper projected that Nigeria, Africa’s largest economy, will be the fastest-growing revenue generator in the entertainment and media industry in the next five years.”

Nigerian advertising space is an industry that was estimated to be worth approximately $450 million in 2021.

Unsurprisingly, perhaps, the new law has met a mixed reaction on social media and beyond.

Some have said that the law targets White talent when it specifies banning foreign talent.

Many headlines around the globe have labeled the ban as a prohibition on White models or voiceover artists.

However, if a White person is a Nigerian citizen, then the ban would not apply to them.

Jamaldeen, a Nigerian voiceover artist labeled the new law as a “dangerous, retaliatory step” that eventually “would hurt us.”

However, Lebanese-Nigerian businessman Mohammad Jammal characterized the new regulation of the advertising industry as a “good development.”

Countries like Australia have similar laws when it comes to hiring foreigners on Australian soil.

Down under, companies wanting to employ people in Australia must hire U.S. nationals working internationally or Australian citizens.

Australia’s Employment Solution wrote, “If you’re a US company looking to employ in Australia, you’re required to either employ US nationals on international assignment or hire local workers on Australian soil, according to Australian employment law. No matter which way you go, you must follow stringent Australian payroll, immigration and tax rules that apply to you.

“As a US company looking to employ in Australia, one of the most important overarching rules you’re required to follow is employing workers through an Australian entity such as a PEO agency like Australia PEO.”

Even in America, movements encouraging Americans to only buy American-made products have existed for years.

Many have refused to buy items made in countries like China because of political reasons and to support American-owned businesses and the American economy.

Tim Heffernan of the New York Times reported that two-thirds of Americans would buy a product made in America before they bought the same product imported from a foreign country.

Heffernan said this because many Americans believe American-made products are superior to their foreign counterparts.

In 2019, Heffernan reported, “This ‘Buy American’ bias has long driven American policy. The country’s first president deliberately chose ‘homespun’ fabric made in America, not imported from England, to wear at his inauguration in 1789. Nearly 228 years later, America’s 45th president promised at his inaugural in January 2017 to ‘follow two simple rules: Buy American and Hire American.”