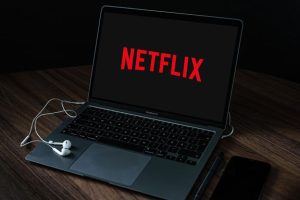 (“You People” trailer courtesy of Netflix)

Bringing someone home to meet your parents for the first time must be a nerve-wrecking endeavor.

It probably does not make it easier when your father is a follower of the Nation of Islam and Minister Louis Farrakhan, and the parents of your significant other are Jewish.

That combustible mix creates a hilarious culture clash in “You People,” at a time when laughter is needed considering the rise of racism and antisemitism.

In “You People,” Ezra is at a crossroad in life.

Sure, he has a great career in finance.

However, his true passion is his podcast with his best friend, Mo (Sam Jay).

Although Ezra is bored out of his mind at his office job, it provides a good living.

To make matters worse, Ezra is single with no prospects for marriage in the near future.

His mother Shelley (Julia Louis-Dreyfus) attempts to play matchmaker as some parents are prone to do.

Ezra even catches hell for being single from the leaders of his local synagogue.

But Ezra finds himself in an interesting conundrum in “You People.”

However, he is not devoutly Jewish.

He is more secular in nature, going to synagogue for special events like Yom Kippur.

However, he identifies with Black culture so much that his podcast is dedicated to the culture, which he is not technically a part of.

Being down with the culture makes it somewhat harder to connect with the Jewish women his mother wants him to date.

On the other side of the track in “You People” is Amira (Lauren London, “Without Remorse”).

However, Amira is not as devout as her father Akbar (Eddie Murphy, “Coming 2 America”) and her mother Fatima (Nia Long, “Missing”) either.

Akbar’s mother named him Woody and that is what his brother Uncle EJ (Mike Epps) still calls him.

But Woody changed his name to Akbar when he became a devoted follower of the Nation of Islam and Minister Farrakhan.

To stereotype Akbar as an angry Black man would be very typical.

Unfortunately, it would also be true as he walks into coffee shops with a “Fred Hampton was Murdered” t-shirt.

No lies are detected from the message on his shirt.

But it is still intense for just sipping a latte.

In “You People,” Akbar even proudly wars a kufi hat given to him personally by the minister.

One can say it is his prized possession.

Somehow, someway, Ezra and Amira’s worlds collide when Ezra mistakenly gets into Amira’s car thinking she is his Uber driver.

After Amira lays hands on the mistaken Jewish brother, she agrees to give him a ride to his destination once he offers to help her find her destination, since she is apparently lost despite using her GPS.

And as they say, the rest is history for Ezra and Amira as opposites on the outside definitely attract, especially when a couple has so much in common on the inside.

Although the couple becomes immediately smitten with each other, the problem will be sharing their good news with their out-of-touch parents.

In “You People,” Amira must deal with a father who will never accept a White boy dating his daughter.

And Ezra must deal with tone deaf parents who try too hard to show they are down and progressive.

And then, David starts talking about Xzibit’s old MTV show “Pimp Ride” before hitting the piano to perform a God-forsaken rendition of “Ordinary People” by John Legend.

Not to be outdone, Akbar takes Ezra rolling around the hood listening to “N***** in Paris” by Jay-Z and Kanye West, while asking Ezra to tell him the name of the song once Amira’s boyfriend tells him that is his jam.

Furthermore, Akbar takes Ezra to a barbershop in a Crip neighborhood knowing that Ezra has on a red hoodie, which is a no-no in a Crip hood.

If Ezra survives being in the wrong hood with the wrong colors, can his relationship with Amira survive these adverse situations?

The real question should be, after dealing with Akbar does, he even want the relationship to survive?

And how much longer can Amira handle the Xzibit/hair references by Ezra’s parents in “You People?”

The Netflix movie “You People” is simply hilarious thanks to the brilliance of writers Hill and Kenya Barris.

The laughs begin the very first scene, which is a depiction of Ezra and Mo’s podcast, and does not end until the credits role.

“You People” is filled to the brim with SMH (shaking my head) moments thanks to the parentals.

In “You People,” Murphy cannot help but have some comedic moments.

But his performance as Akbar is so militant that it is the polar opposite of all his other movie performances.

His character Akbar in “You People” is a less-lovable version of the character Kenny (Kenny Blank) from his movie, “Boomerang.”

Unfortunately, bringing a significant other of a different race home to meet the parentals has been done numerous times in Hollywood, most famously in “Guess Who’s Coming to Dinner” starring Sidney Poitier.

But “You People” is the funniest interpretation of that storyline, even funnier than “Guess Who” starring Ashton Kutcher and Bernie Mac.

Thankfully, “You People” is not just about anger and laughter.

It contains a message that is needed in today’s climate of anger and hatred.

That message is if people look beyond the surface, they will find themselves in other people despite looking differently and believing in different religions.

Realizing that might actually bringing people together if they give people who look and think differently a chance.

“You People” begins streaming on Netflix on Jan. 27.