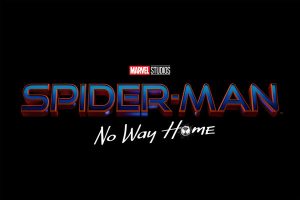 On New Edition’s song “Home Again,” Bobby Brown sang, “I’ve been away for much too long, I hope you still feel I belong, I didn’t mean to cause you pain, Nothin’ to lose much more to gain, So can you stand the rain.”

Although the title of “Spider-Man: No Way Home,” suggests there is no way home when a person leaves, the actual movie might suggest otherwise.

Fans of the “Spider-Man” franchise will have to decipher what that means after the conclusion of “Spider-Man: No Way Home.”

In “Spider-Man: No Way Home,” Peter Parker (Tom Holland) finds himself in a quandary.

Because of his exploits fighting crime, he has become a legend and hero in the New York streets.

But after his former fans turned foes began blaming him for the death of Mysterio, he has become persona non grata in “Spider-Man: No Way Home.”

His friends like Ned Leeds (Jacob Batalon) and his girlfriend MJ (Zendaya) have seen their futures put into jeopardy because of their association with Peter Parker aka Spider-Man.

Furthermore, Peter himself is at a crossroad in life because of the death of Mysterio.

In “Spider-Man: No Way Home,” Peter is concerned about his own reputation and the stress that the Mysterio controversy has caused.

However, Peter is more concerned with how the controversy has caused pain for his family and friends like Happy Hogan (Jon Favreau).

He knows that his lifestyle and actions might have caused his life plans to hit a roadblock.

Peter can handle that reality because he brought it upon himself in a way.

But for his mistakes to ruin the dreams of his friends is unbearable.

As a result, Peter consults with Dr. Strange (Benedict Cumberbatch) to see if there is a way for him to reverse the damage he has done to his family and friends with the untimely demise of Mysterio and the world’s discovery that he is indeed, Spider-Man.

In “Spider-Man: No Way Home,” Dr. Strange lets Peter know that he could cook up a spell that could make people forget that he is actually Spider-Man.

That spell would alleviate his problems.

Unfortunately, the spell would cause his friends to forget who he is completely too.

However, his love for his friends makes Peter put their well-being before their friendship and relationship in a true show of altruism.

In “Spider-Man: No Way Home,” Peter reluctantly agrees to allow Dr. Strange to perform the spell.

But as soon as Dr. Strange begins the spell, Peter begins to have second or third or fourth thoughts about the consequences to the spell.

He is O.K. with acquaintances forgetting who he is.

But his friends, he is not so sure.

That reluctance causes the spell to go haywire, leaving the world and Peter’s reputation in a worse predicament than the death of Mysterio had put him and it in.

Therein lays the problem for Peter and the rest of the world in “Spider-Man: No Way Home.”

Can he reverse the damage that he has caused the rest of the world trying to do damage control for his own reputation?

Or has he forever ruined his life and the lives of all those around him?

“Spider-Man: No Way Home” benefits from fire action scenes, iconic actors like Willem Dafoe and Jamie Foxx, as well as the real-life romance of Holland and Zendaya.

Typically, those in a romantic relationship have chemistry with each other.

Therefore, director Jon Watts probably did not have to worry about the two coming across as true lovebirds.

Furthermore, the young couple worked together previously in “Spider-Man: Far From Home” and “Spider-Man: Homecoming,” so they should have enough chemistry by now to finish each other’s sentences.

Additionally, “Spider-Man: No Way Home” allows the talented comedian/actor/singer Foxx to stretch his Marvel Studios wings some more by reprising his role as Max Dillon from 2014’s “The Amazing Spider-Man 2.”

Even as a supervillain, Foxx brings his usual comedic timing, claiming he thought since Spider-Man came from Queens, N.Y., he was Black.

In “Spider-Man: No Way Home,” Foxx’s character Max Dillon is not the only character that brings comedic timing to the movie.

Batalon’s character Ned is that friend that does not try to be funny, he just is in an annoying way.

Ned is that friend that always says the wrong thing at the wrong time and puts everyone in the crew in danger.

Flash Thompson (Tony Revolori) is another character that brings comedy to “Spider-Man: No Way Home.”

The character Flash is the acquaintance that wants to be friends with someone when they know they can benefit from their association with a particular person.

But what makes this version of the “Spider-Man” franchise really resonate, is the heart and the heartbreaking moments.

Peter has been given a gift and power as Spider-Man.

And as his Aunt May tells him, with great power comes great responsibilities.

In “Spider-Man: No Way Home,” Peter feels a responsibility to do what is right for his family and longtime friends.

But he does not always feel the responsibility to do what’s right for the “new friends” in his life.

However, a true hero does what’s best for everyone, not just the ones in their home or those around him.

And if a hero does what’s best for the collective, just maybe they can come home again.

As Brown sang on New Edition’s “Home Again,” song, “Just when I thought that were through, I found my way right back, I can’t change what happened in the past, And won’t promise this time it’ll last, Can you stand the rain.”