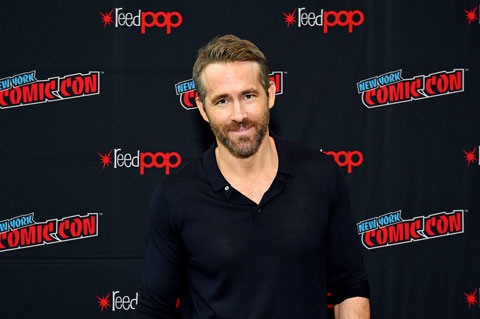 Have you ever wondered if you were destined for more in life?

Sure, you have a nine-to-five and a roof over your head.

But do you ever get tired of the monotony in life?

In “Free Guy,” the protagonist Guy (Ryan Reynolds, “Hitman’s Wife’s Bodyguard”) is determined to be more in life than what his circumstances have allowed for him.

In the process, he inspires a world of people to shake the status quo in the lighthearted and children-friendly movie, “Free Guy.”

In “Free Guy,” every day is the same and that is a problem for Guy.

Every day, he wakes up in his apartment and vows to have a great day, not just a good day.

He then heads to his job where he has the good fortune of working with his best friend, Buddy (Lil Rel Howery, “Judas and the Black Messiah”).

Guy works as a bank teller, while his best friend works as a security guard for the same bank.

Then almost like clockwork, the bank gets robbed and Guy and his colleagues are forced to protect themselves, while forking over the bank’s money.

They have gotten so accustomed to the status quo that they do not even try to prevent the robberies from occurring, and there is good reason for their compliance.

In “Free Guy,” a caste system exists that cannot be broken.

Guy lives in a town called Free City, and Free City has definite rules on who the big ballers and shot callers are and who the small timers are.

The big timers are the sunglass people.

The sunglass people are the popular people in Free City.

They drive the fanciest cars.

The sunglass men have the fly ladies on their arms.

Furthermore, the sunglass people can literally get away with murder and mayhem (not to mention bank robberies) with impunity.

Most importantly, the sunglass people will always dominate society in Free City.

As a matter of fact, the regular nobodies like Guy cannot even talk to the sunglass people.

The common folks must take whatever the sunglass people dish out to them and not complain about it.

For the most part, the common folks have accepted their lot in life.

But Guy refuses to believe that he cannot be more than he is, and he aims to prove it, especially when he sees the girl of his dreams, Millie (Jodie Comer, “Star Wars: Episode IX: The Rise of Skywalker”).

Although Buddy advises Guy to stay in his lane by avoiding the sunglass people like Millie, the bank teller refuses to be satisfied with his monotonous life.

Therefore, when one of the sunglass people robs the bank on a fateful day, Guy refuses to go down quietly.

He battles the gunman robbing the bank, taking the robber’s life and his sunglasses.

Now as a sunglass person himself, Guy is determined to live a real life and experience what the cool kids, aka the sunglass people, get to experience everyday of their life.

However, in “Free Guy,” the main character Guy soon finds out that he does not have what it takes to fit in with the sunglass people of Free City.

While many of the sunglass people have no quarrel with robbing people and shooting people, Guy chooses instead to use his opportunity to do some good for other people in Free City.

Although he savors the chance to get to know his dream girl Millie, he soon finds that he has a bigger purpose as a sunglass person in Free City.

In “Free City,” Reynolds is his typical character.

Reynolds might actually be the White, less profane version of Samuel L. Jackson who somehow basically plays the same character in many of his films.

Despite the predictability, Reynolds has obviously found his niche or lane.

The lighthearted jokes and storyline will resonate with children.

Furthermore, the video game aspect of “Free City” will also connect with children and even adult gamers.

Unfortunately, “Free City” might come across as a little too juvenile for more sophisticated moviegoers.

Despite the childish nature of “Free City,” the movie does have some good lessons to teach moviegoers of all ages.

“Free City” emphasizes the need for people to chart their own paths in life.

But despite the box that society tries to put a person in, it is up to that person whether they stay in that box or break out of it to discover what else life has to offer them.

Moreover, “Free City” shows that even though the world is filled with violent and evil people, that does not mean that a person must be the same way.

Often, a person gets farther in life, while garnering more respect, when they do the right thing and treat people with respect and dignity.

Furthermore, when a person does wrong like Antoine (Taika Waititi, “Jojo Rabbit”) does, it often costs them more in the long run because karma always works itself out in the end.